I have to admit, I felt a little guilty climbing up those final 5.2 miles of the Appalachian Trail to it’s northern terminus at the top of the Mount Katahdin. Guilty because I wasn’t going to really “earn” this summit like so many others before me who set foot on this final stretch of trail after many months on the AT.

But that guilt quickly melted away as I took in the tremendous summit views of surrounding northern Maine on a picture-perfect summer morning. 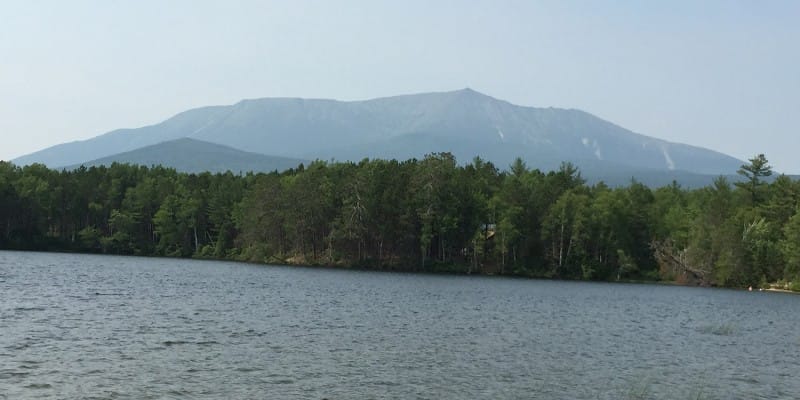 Despite Katahdin’s relatively short height on the list of the state highpoints in the lower 48 states, don’t take this mountain lightly. While there are certainly more difficult state highpoints out there to ultimately make your way to (for different reasons) – Washington’s Mount Rainier (glacier travel), New Hampshire’s Mount Washington in winter (weather) or Utah’s Kings Peak (distance), to name a few – Katahdin is not an “easy” hike by any stretch. Any route you choose will involve a mix of hiking and scrambling, and the weather can turn quickly on this peak.

I opted to take the final five-plus miles of the Appalachian Trail and reach the summit via the Hunt Trail. This hike was the culmination of trail-filled three days in Maine’s Baxter State Park (BSP), as I had hiked BSP’s Traveler Mountain Loop and its Black Cat Mountain Loop back-to-back in the preceding two days.

How to pronounce Katahdin

This guy I know used to pronounce it wrong, saying something like kah – tuh – dean. No, no, not me, this guy I know … he had never heard it spoken, only written. OK, OK, it was me, I admit it — forgive me, please! 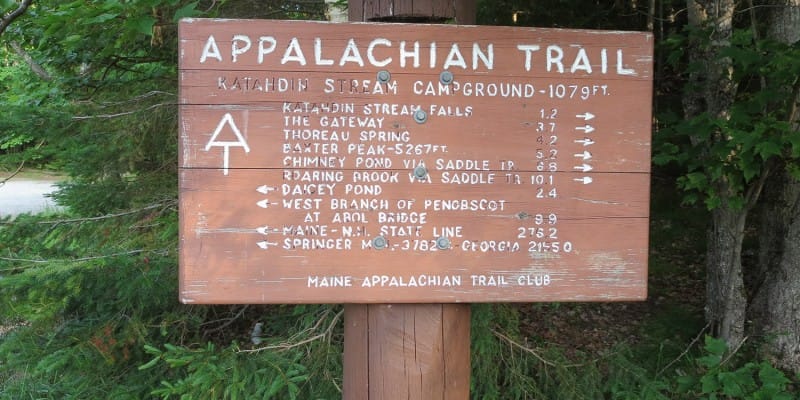 A short walk took me to a small bridge that crosses Katahdin Stream Falls and I then took a sharp left and started heading up a well-maintained section on the trail with countless stone steps. 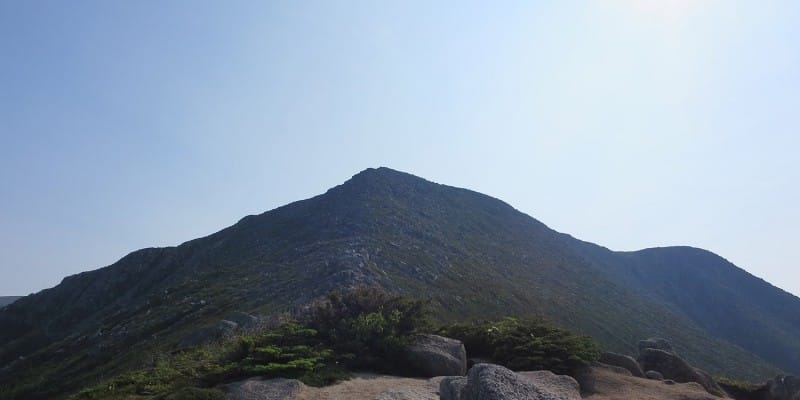 Somewhere near the 2-mile mark, the trail turned noticeably rockier, and I was now contending with large boulders every once in a while as I weaved my way upward. This more rugged section of trail was a sign of things to come. 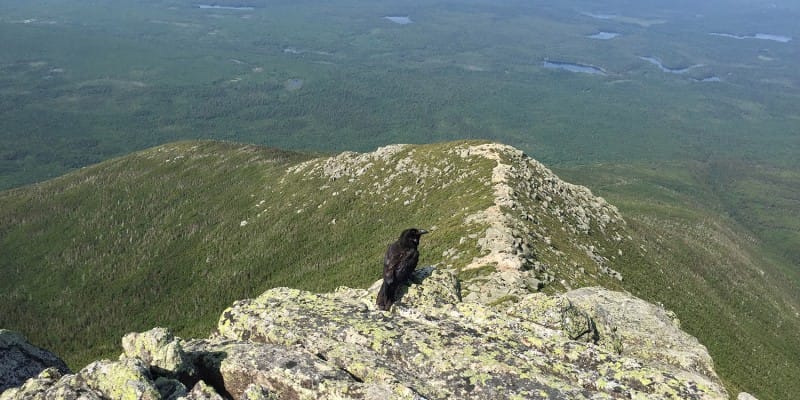 ^^This guy followed me up the steepest section.

The tree line signified part two of this hike, as the trail changed considerably. Here, I quickly had to contend with large boulders and much appreciated the metal rungs sticking out of various boulders at tricky parts to aid scramblers like myself.

The trail then become largely exposed scrambling for the final half-mile until I reached the Tableland.

Be prepared to use your hands on a good portion of this hike — from about mile 2.5 to mile 3.75, it’s often more of a scramble than a hike.

At about the 3.75-mile mark, I reached the storied tableland –Katahdin’s mysterious alpine wonderland. This otherworldly, expansive stretch is largely flat and allows for a good view of the upcoming summit when conditions are clear.

A short, winding stroll took me to Thoreau Spring (the 4.2-mile mark and the junction with the Abol Trail), and I then followed the white blazes for the final mile to the summit.

I spent more time on the summit than maybe any peak I’ve ever set foot on. The conditions were near perfect and I enjoyed every second of it up there before turning around and retracing my steps. 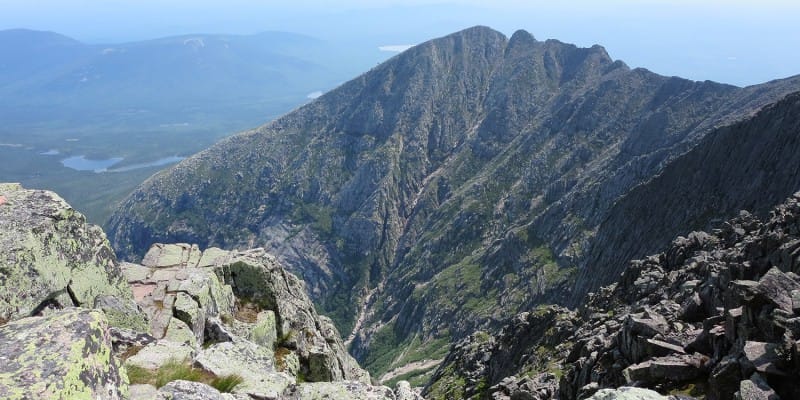 No, not me. But, coincidentally, my hike of Katahdin was within hours of two different record-setting moments on this storied northern U.S. peak: both Scott Jurek’s Appalachian Trail speed record (supported) and Josh and Lindsay Sanders’ U.S. highpointing world speed record. Crazy, huh?

Note: I did not break any speed records posting this trip report four months after the fact.

Getting to the Katahdin Stream campground & trailhead

Trailhead lat/lon: 45.8872,-69.0001; Get access to the Hunt Trail at the Katahdin Stream Campground off of Baxter State Park Road. Get to this campground through the Baxter State Park south entrance (Togue Pond Gatehouse), which is approximately 18 miles northwest of Millinocket, ME. 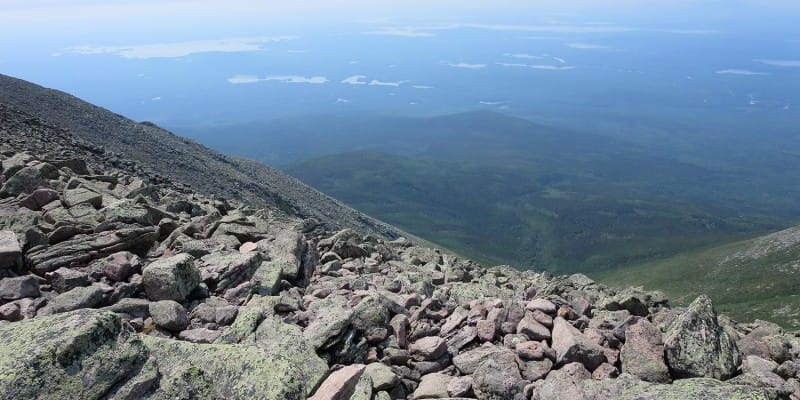 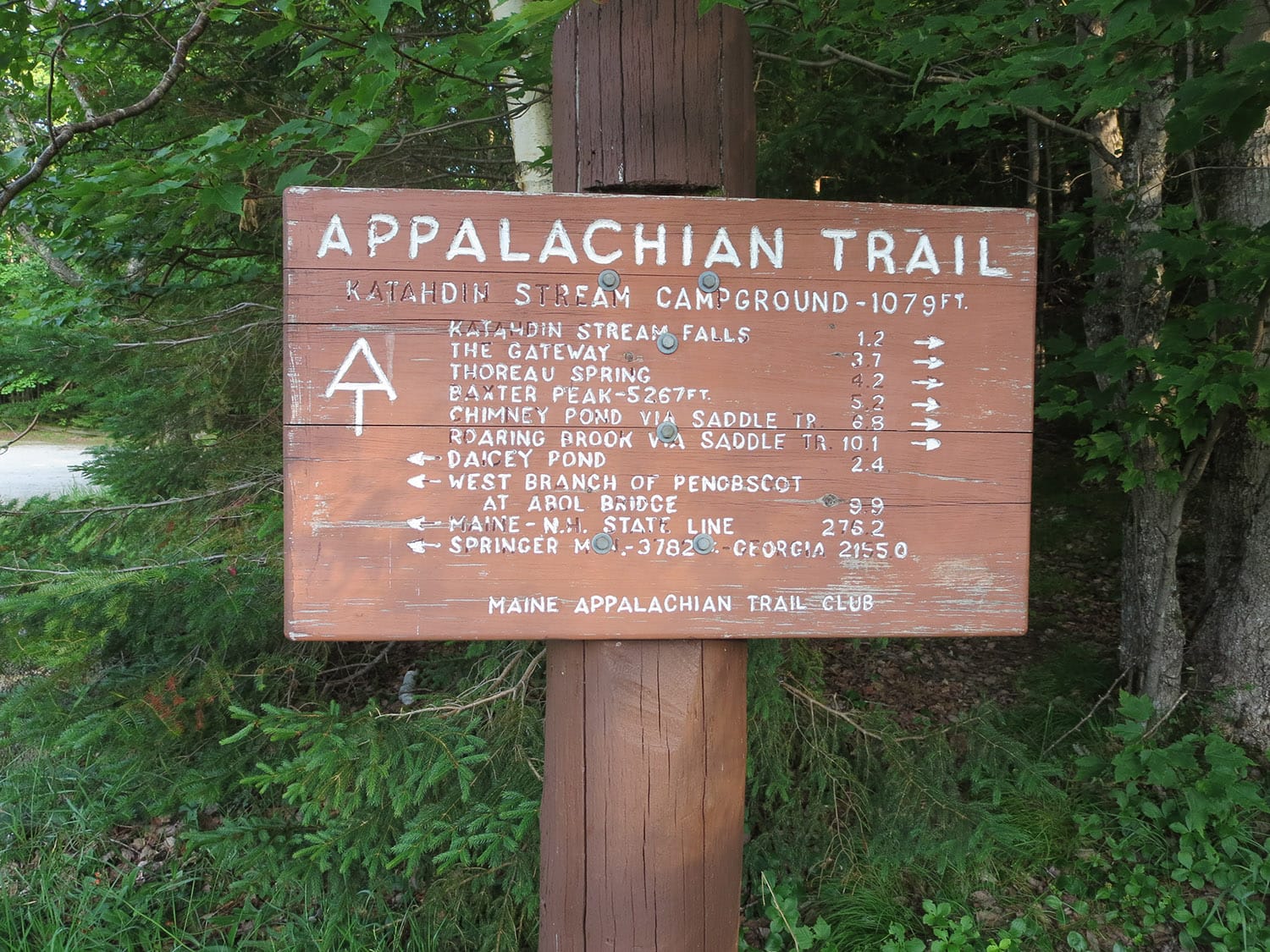 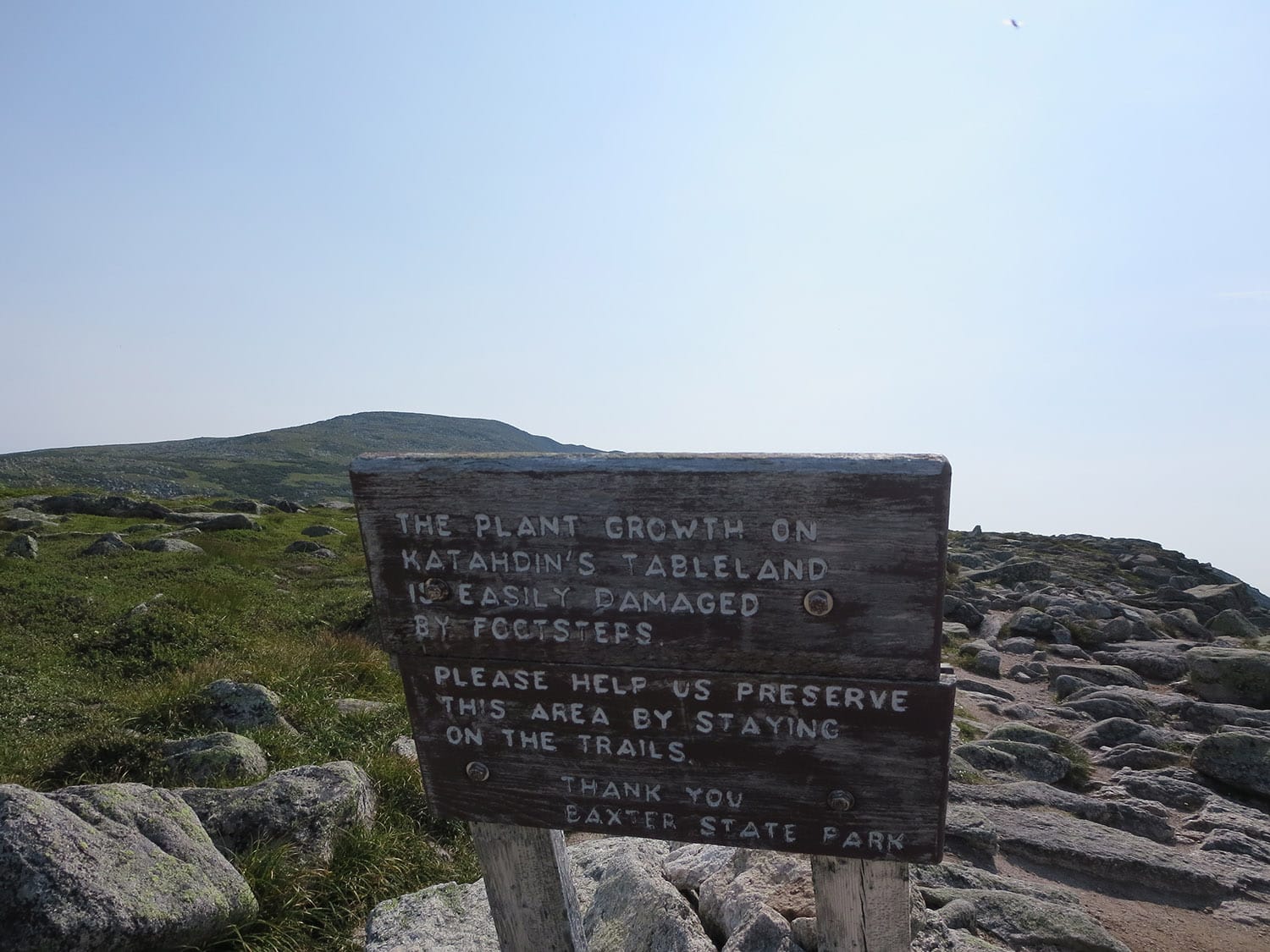 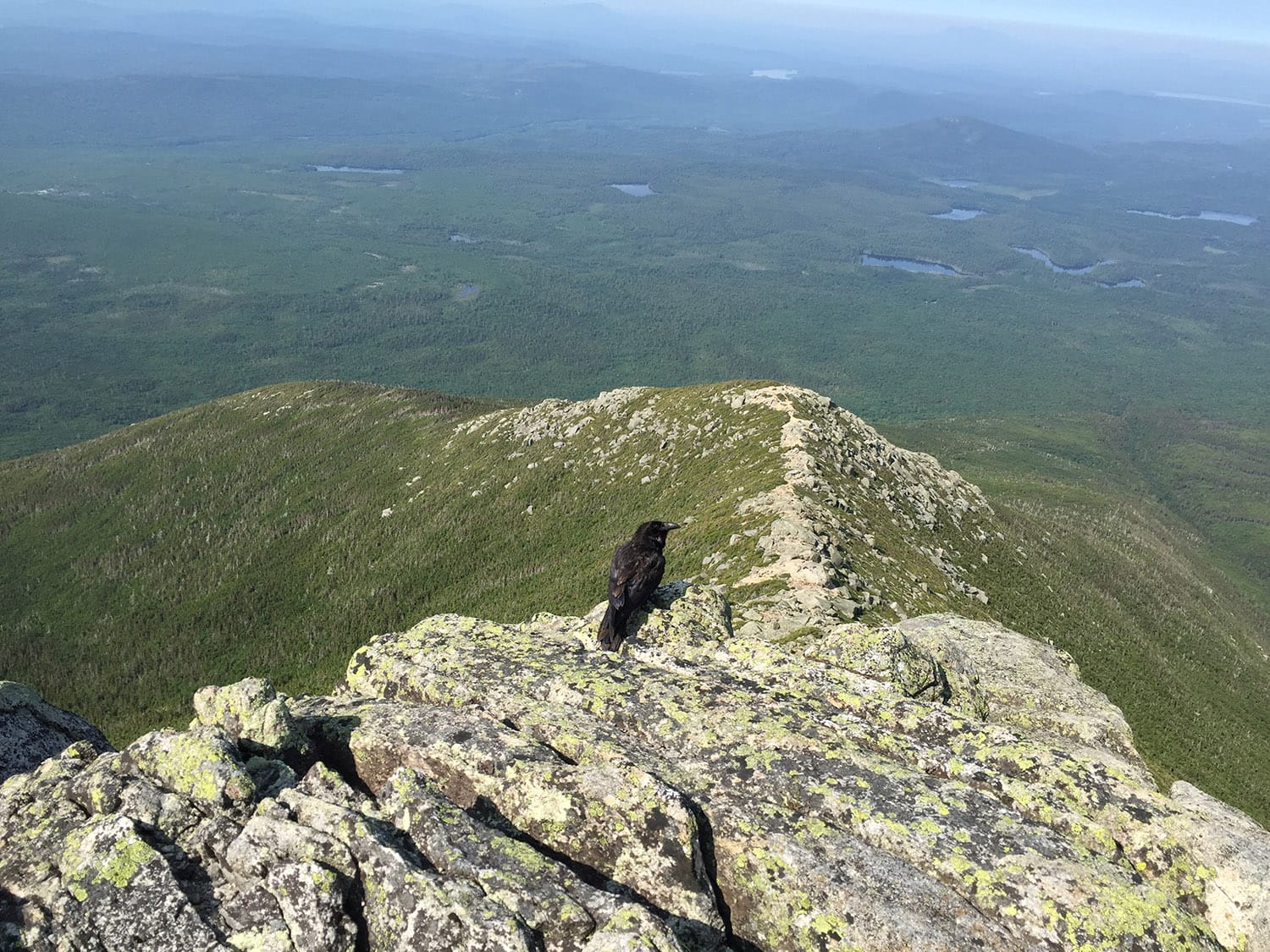 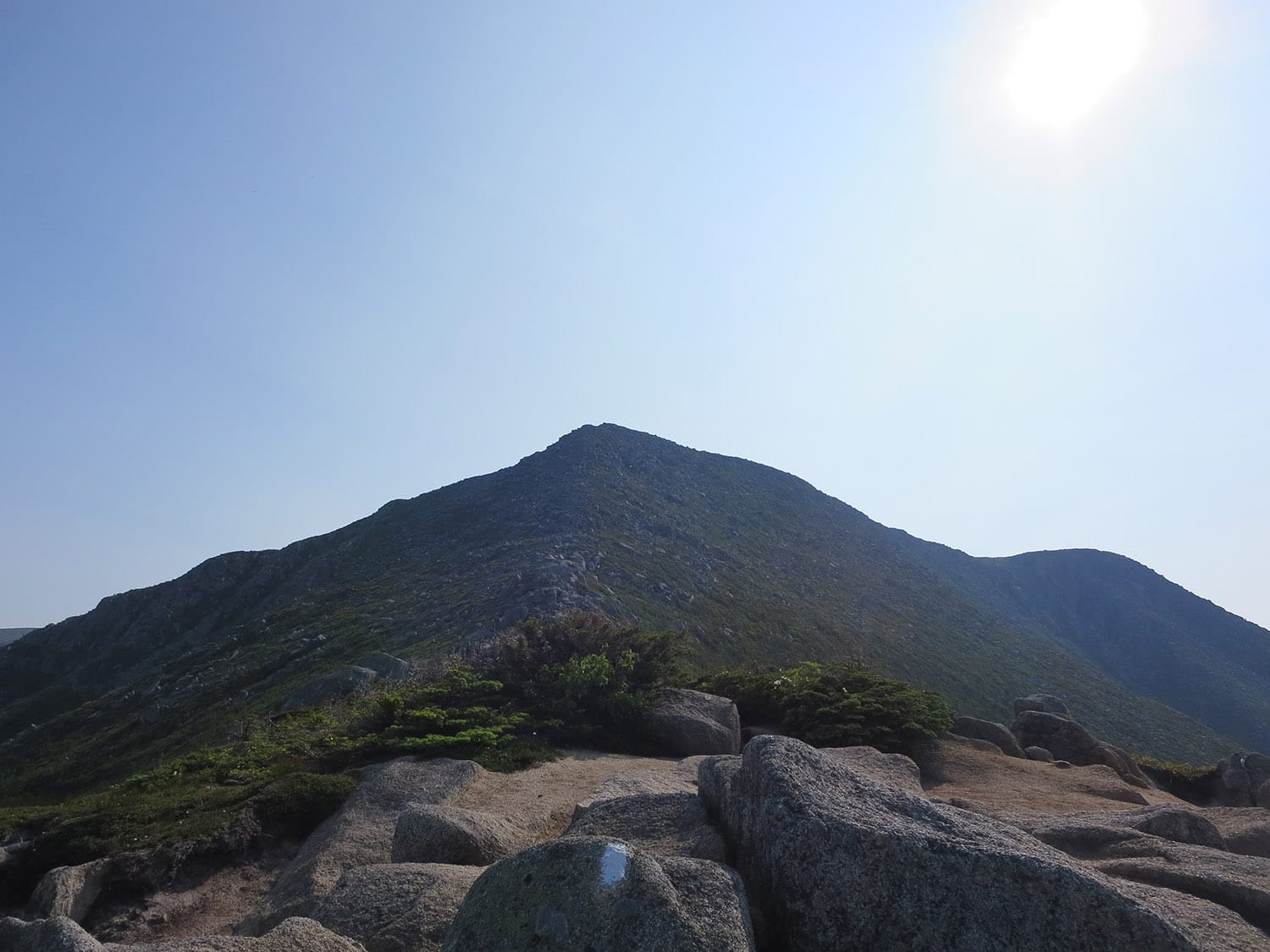 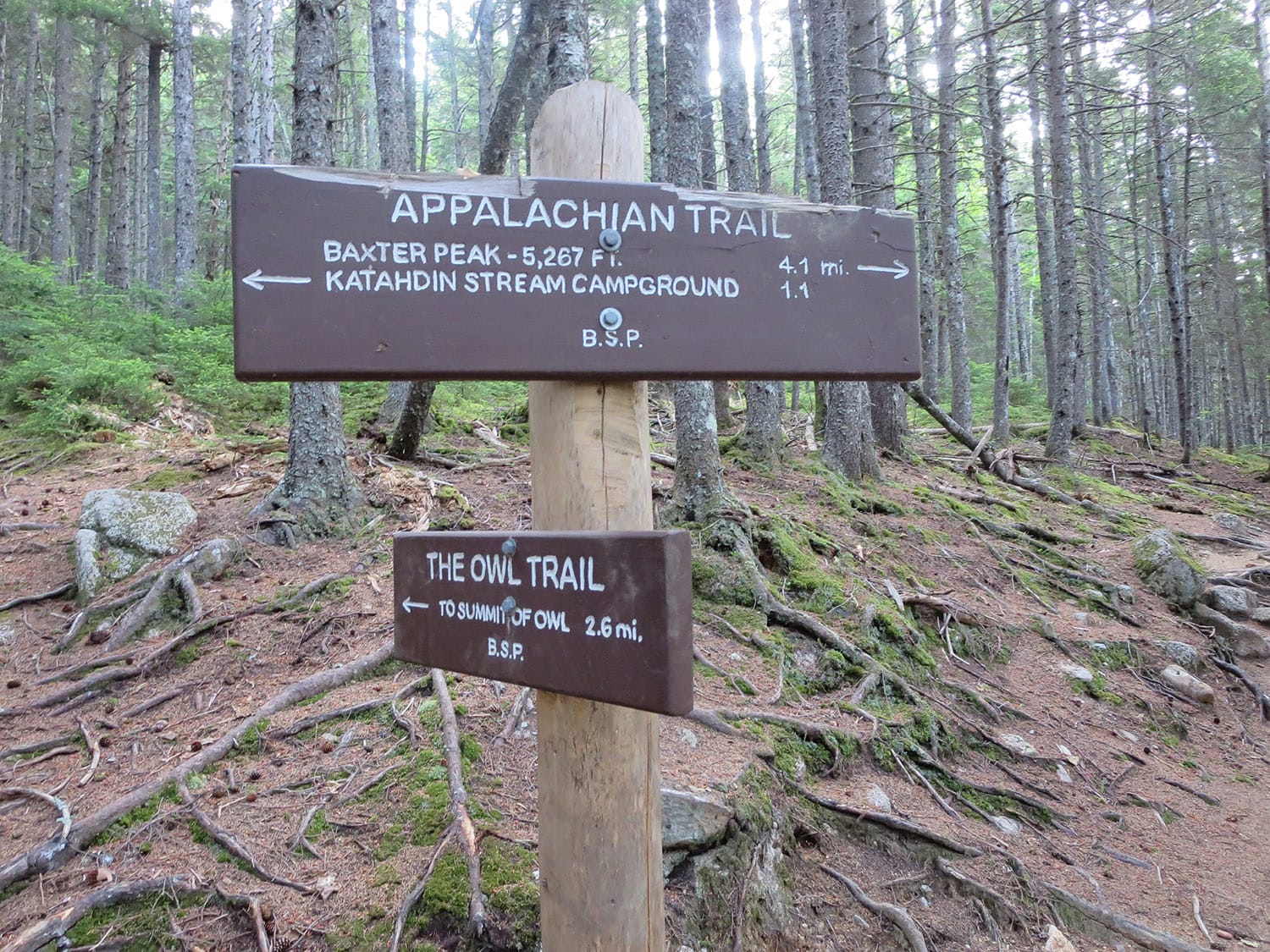 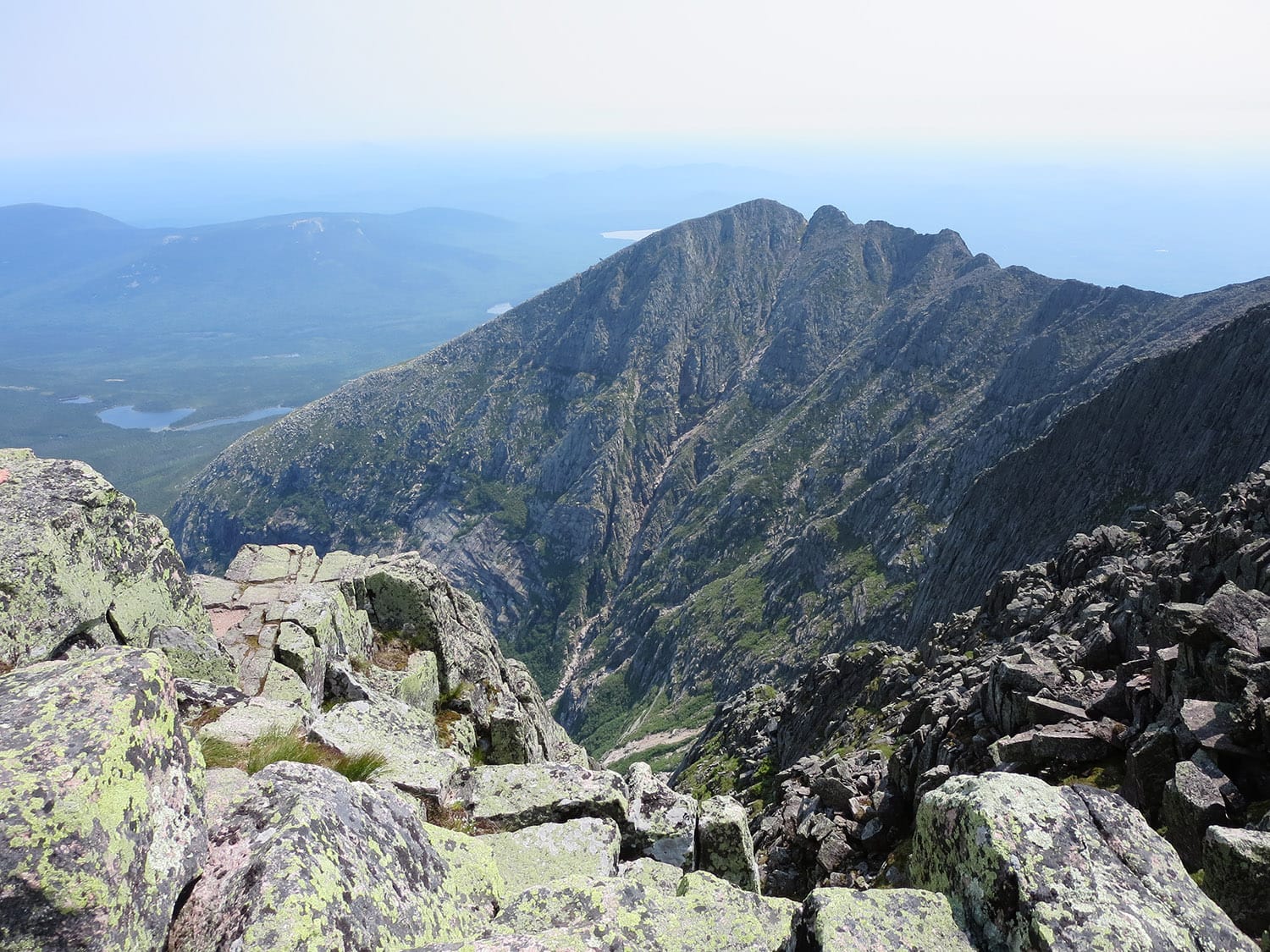 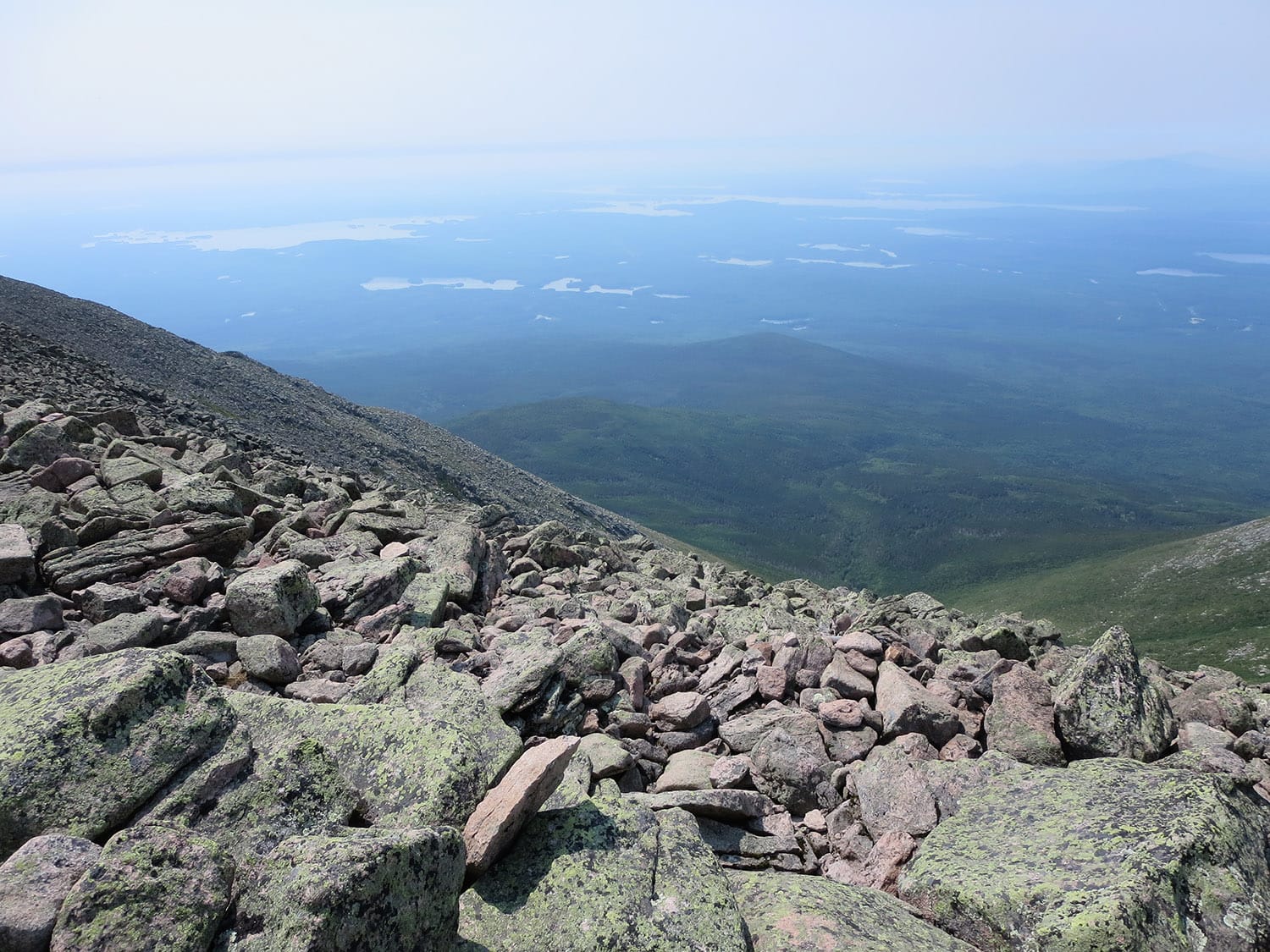