Maine’s Baxter State Park has a loop hike so cool that it has multiple names. The Black Cat Mountain Loop, also known as the South Branch Mountain Loop, is worthy no matter what name you give it. Don’t miss this one.

As I set foot on the trail, the fact that this trail had multiple names was for some reason concerning to me. I couldn’t get over it. Was this like the time the guy I worked with showed up and made everyone call him “Chris” (with accompanying new Driver’s License) after another supposed run in with the police? Or was this like the guy on Twitter who “rebrands” every six months into a totally new virtual identity? Why two names? Which one came first?

Was this the South Branch Mountain Loop or the Black Cat Mountain Loop? I decided on the latter, after some previous experiences with black cats on trail (another post for another time). Plus, I needed to decide on a name because the conversation in my head debating the trail names was kind of dumb and was wasting precious trail time.

So, a day after hiking the somewhat grueling and neighboring Traveler Mountain Loop, I was happy to step back the mileage a bit and see another of Baxter’s loop hikes up close and personal. 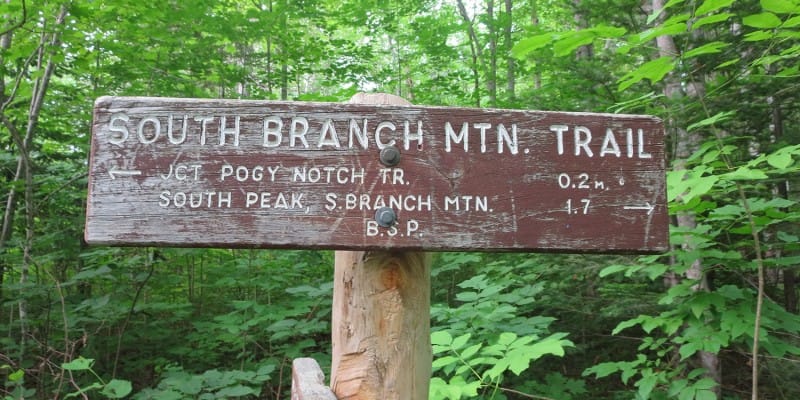 The loop hike started off with an immediate rock-hop over a small stream and then wound through a forested region before the trail turned steeper around the half-mile mark.

Still heavily wooded, the trail twisted its way up toward the summit of South Branch Mountain. I noticed right away that this is clearly a lesser-traveled path. The trail was in good shape but had a lot of surrounding growth. 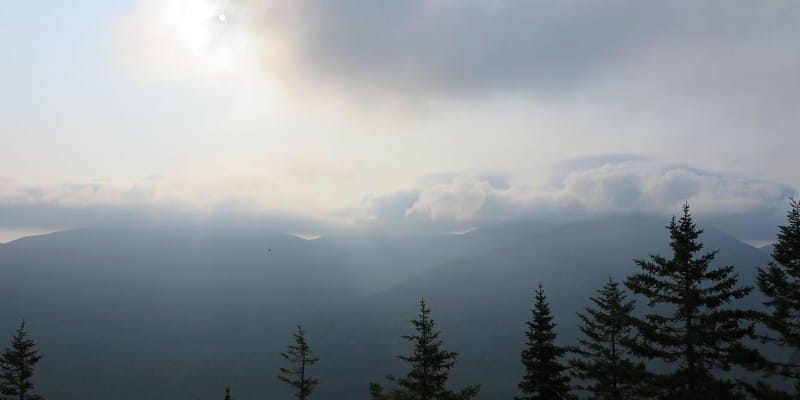 While the weather just 18 hours earlier on the nearby Traveler Mountain Loop had been literally picture perfect, this early Sunday morning hike was anything but. Thick fog blocked views at the summit of South Branch Mountain at about the 1.7-mile mark, and at most other viewpoints during the hike, as well.

After about three-quarters of a mile hiking down into a small saddle and back up, I reached the summit of neighboring Black Cat Mountain. With views still sparse due to fog, my break was brief sitting in the clouds before I made the sharp turn east to head down to Upper South Branch Pond. 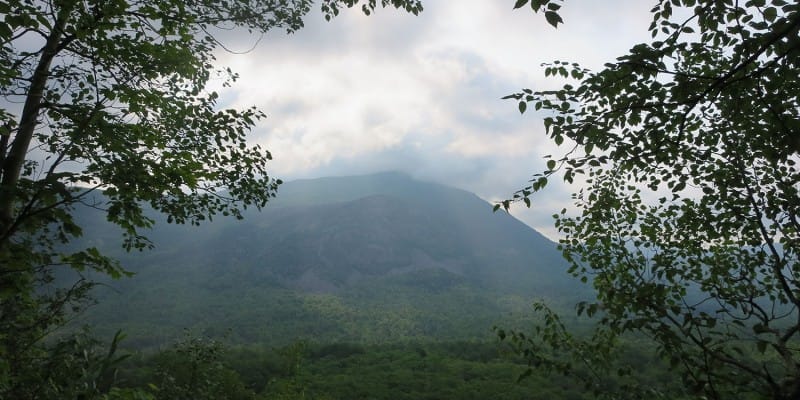 Down to Upper South Branch Pond

The terrain down from Black Cat Mountain to Upper South Branch Pond was varying, alternating between slower, rocky trail and and faster, forested trail. After some steep downward trails, I reached a wet, log-aided section of the trail that followed to the pond to the junction with Pogy Notch Trail. 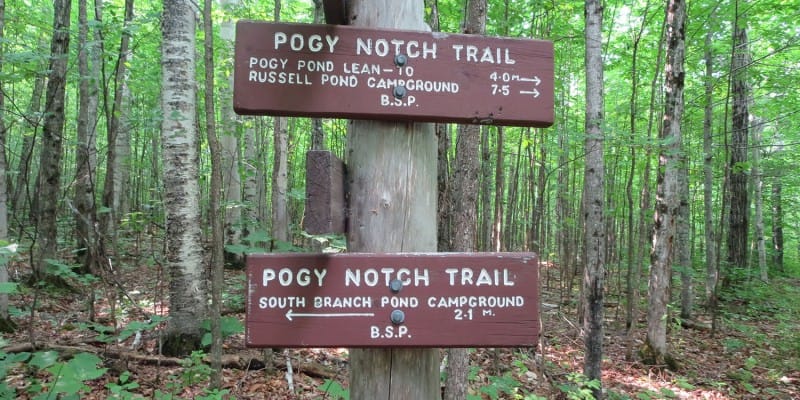 Back to South Branch Pond

A turn left onto Pogy Notch Trail was the last step of the loop hike, as this trail took me the final (approximate) 2 miles back to start of the loop.

And then there were the bears

Well, technically I didn’t see any bears. But, oh, the signs were everywhere. I was shocked that I had no sighting at all, considering that I was alone on the trail the entire four hours. Be prepared for bear country if you make it up to this loop hike.

Getting to the Black Cat Mountain Loop 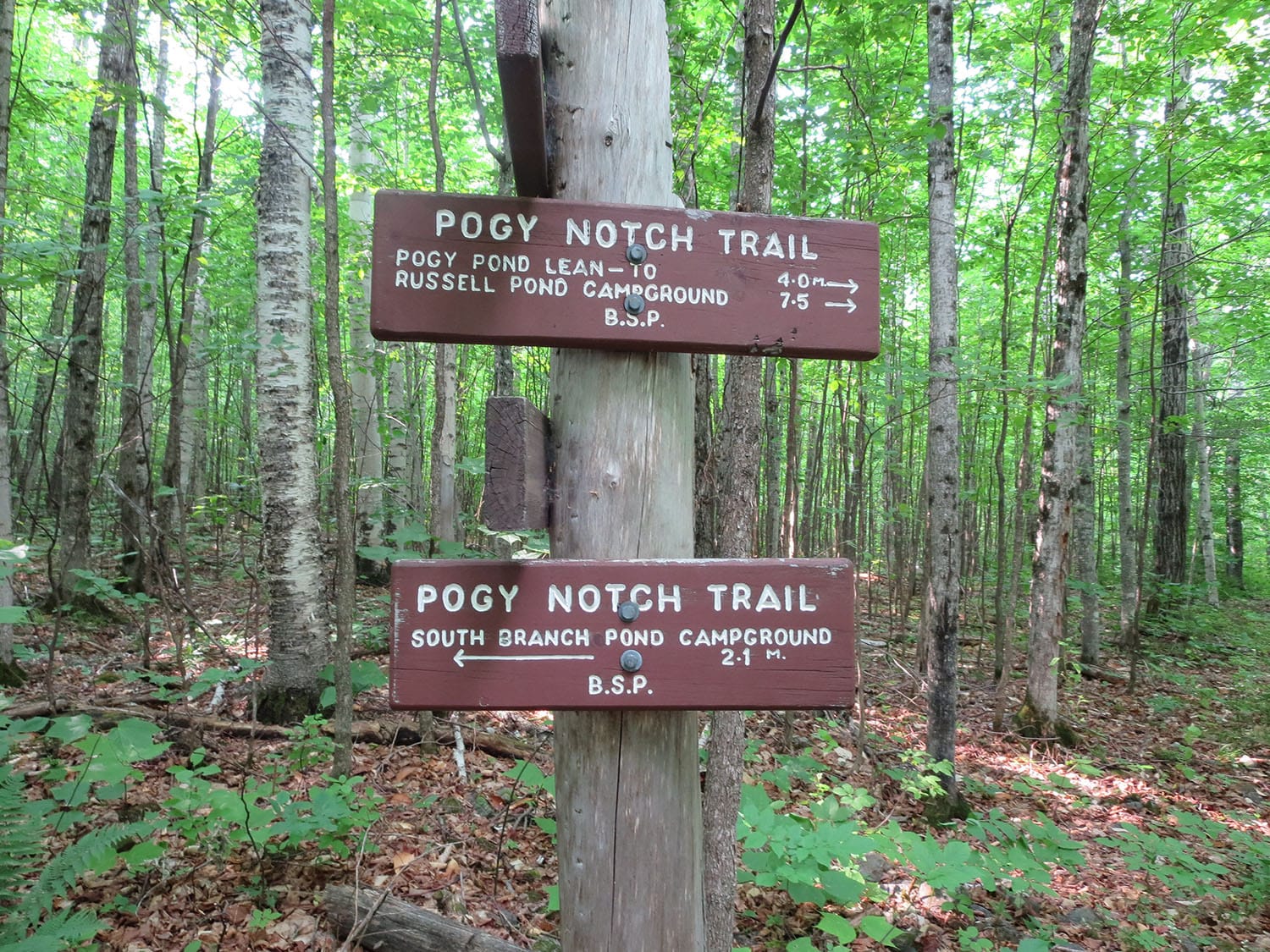 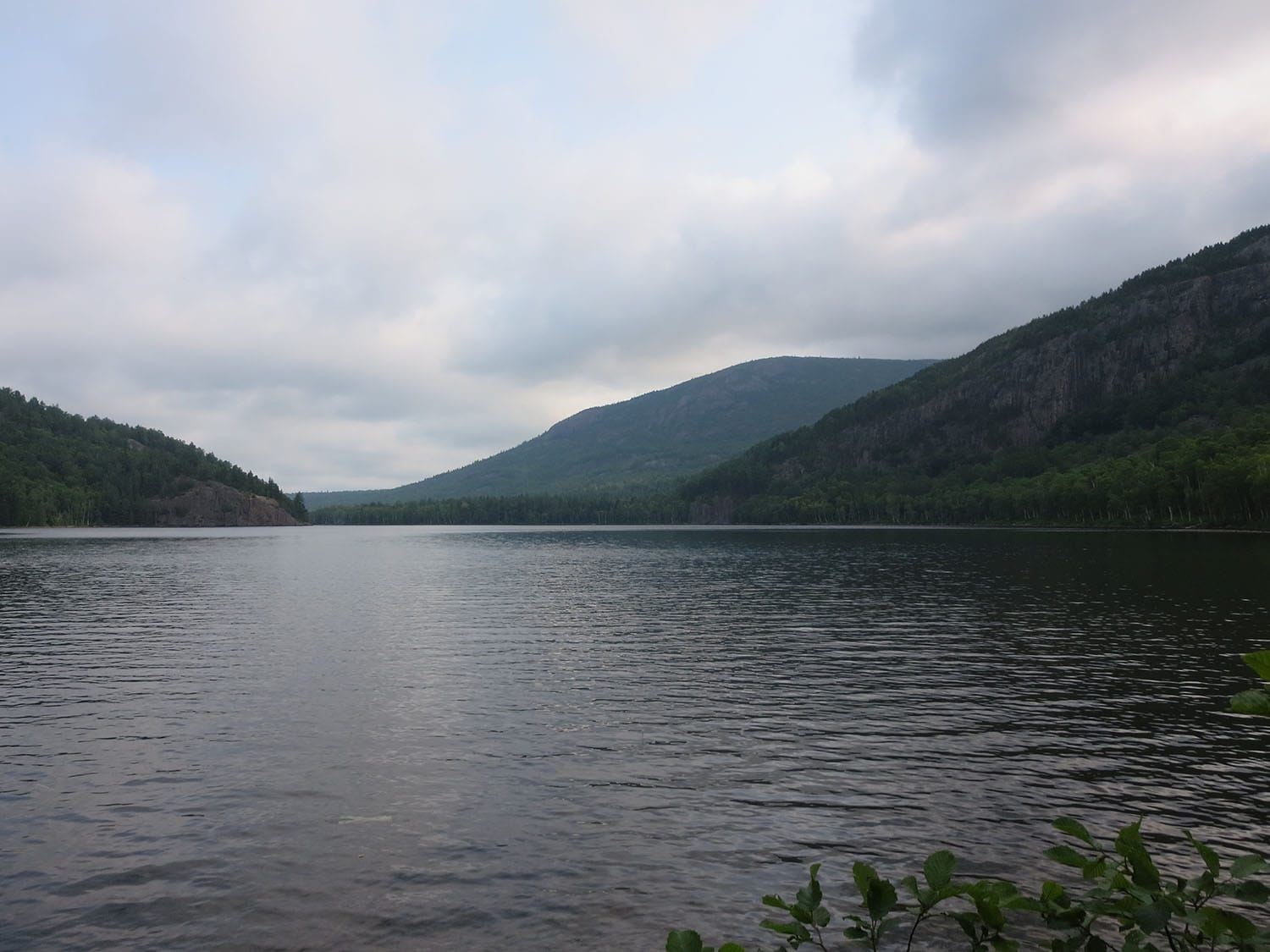 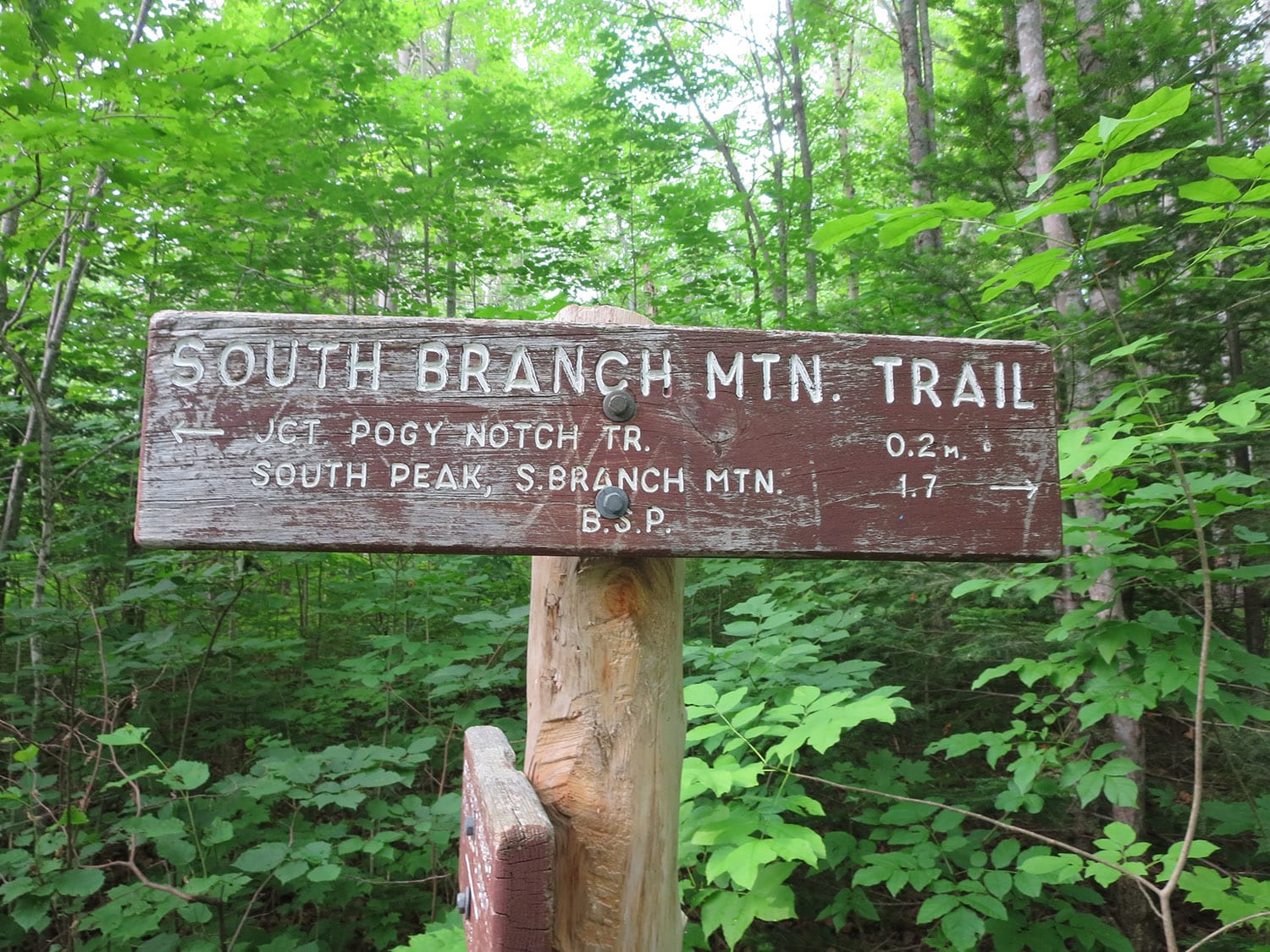 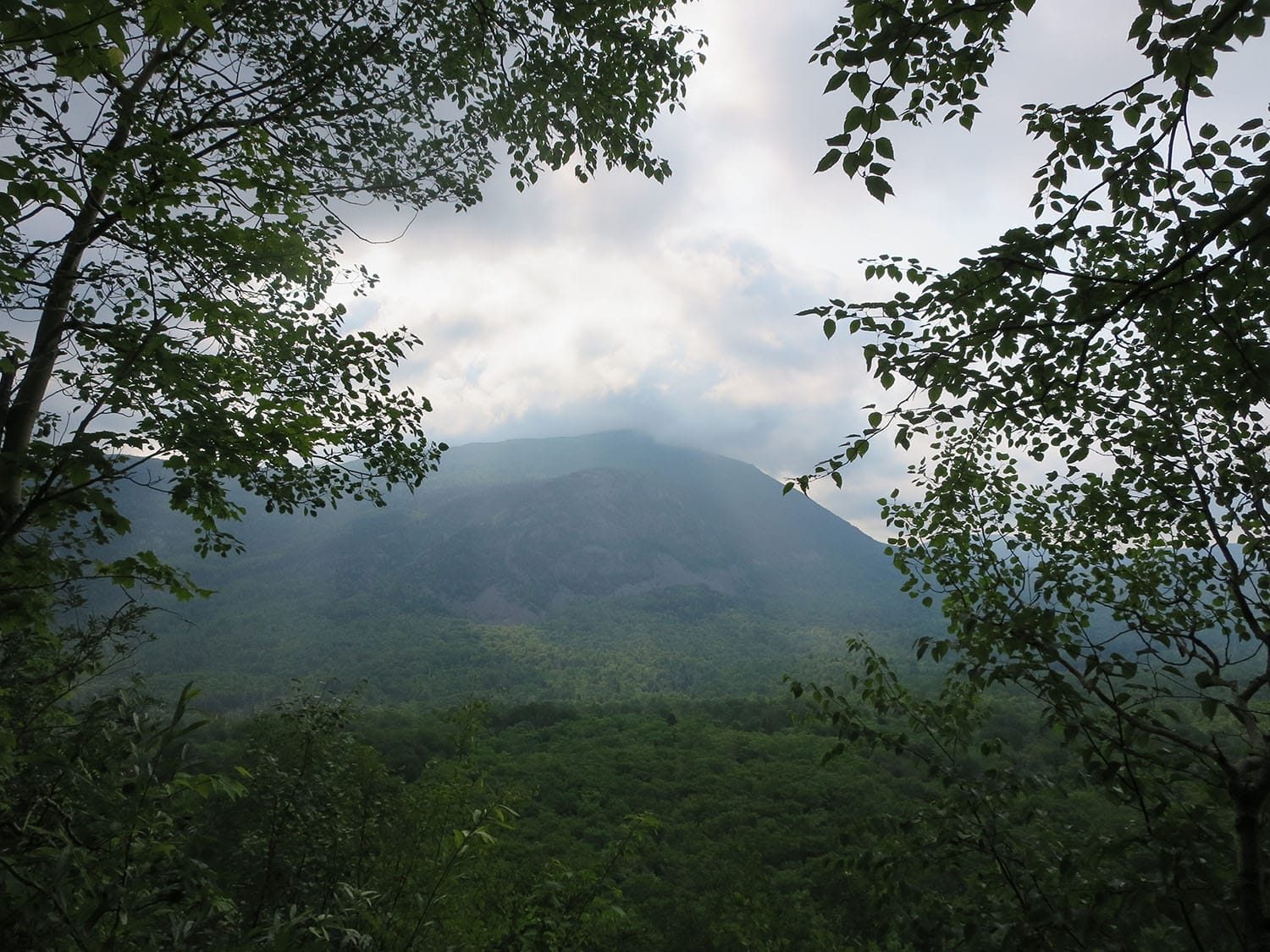 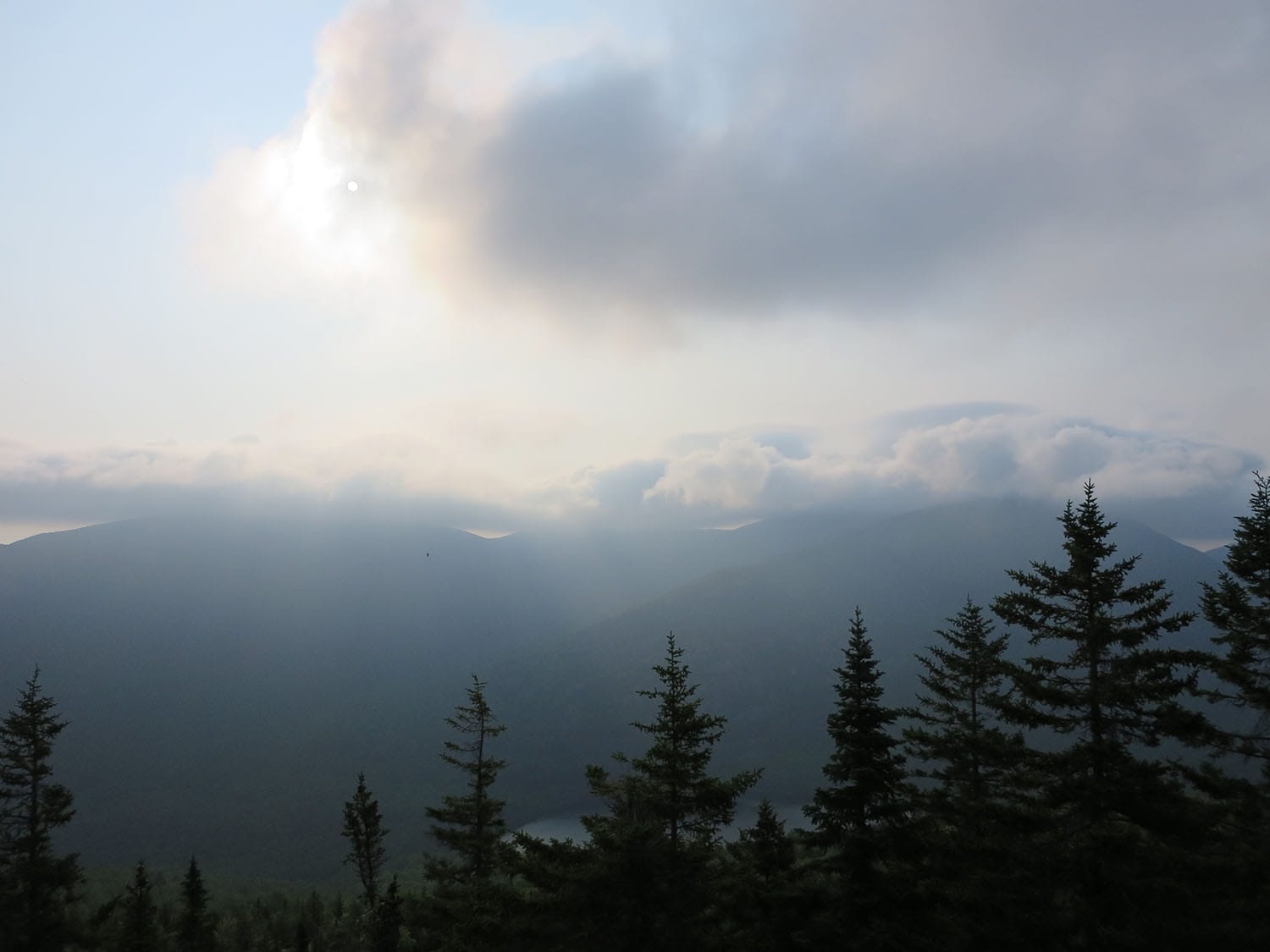 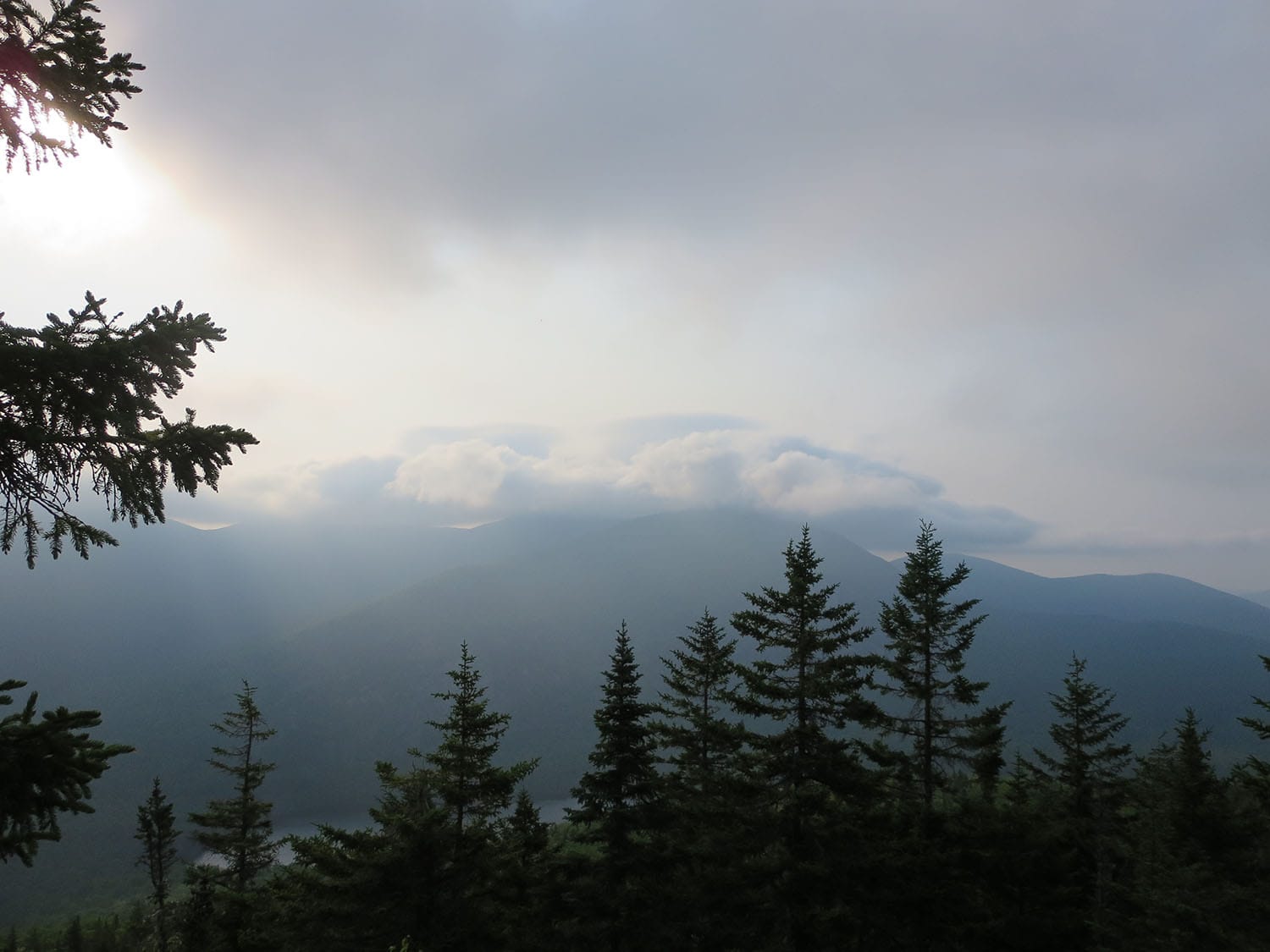 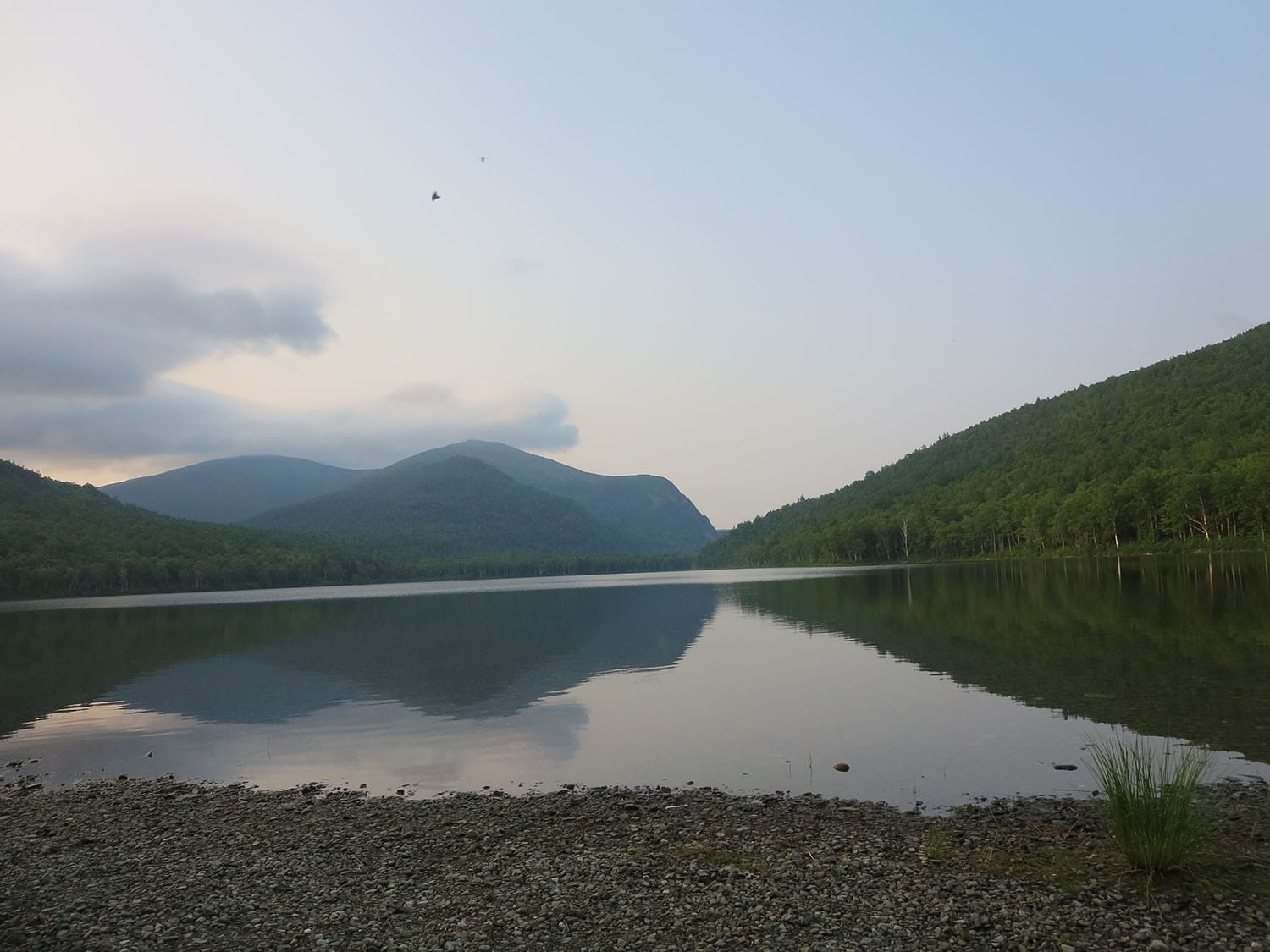