I am a Mountaineer. But Why? 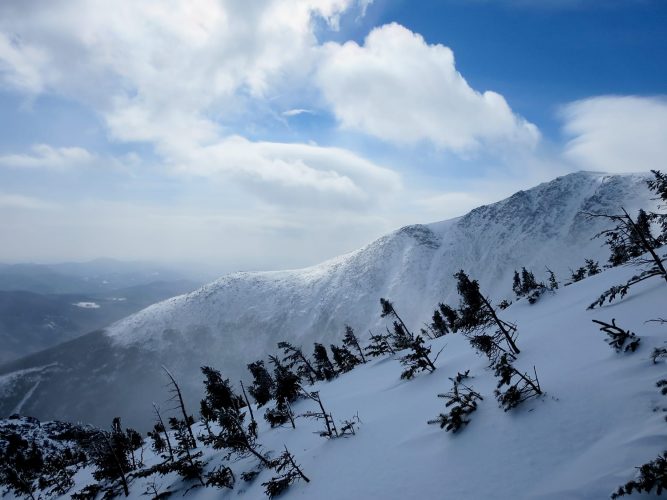 I am a mountaineer.

There, I said it, and I feel much better now that I have. All joking aside, being a mountaineer can carry a certain stigma with it depending on where you grow up, who you grow up with and where and with whom you currently spend your days. So, at times, you may feel the need to “explain” yourself and the true meaning of your outdoor adventures (more on that here).

Whether or not any true explanation is needed is a debatable point in its own right, but we’ll set that aside right now. Regardless of all of that, this is still an interesting question: Why mountaineering? Why be a mountaineer?

“Because it’s there.” George Mallory

This famous quote from renowned mountaineer Mallory came in response to the question “Why do you want to climb Mount Everest?” Mallory’s response, which came prior to his ill-fated attempt to be the first to summit Everest, has stuck and is frequently used by mountaineers of all kinds in response to the constant flow of “why” questions.

But for some reason, these three famous and oft-quoted words have never really done it for me. This short sentence just doesn’t quite sum it up. Now, this isn’t to say that I don’t respect Mallory or his response. I’d be a fool to say so, as he is a pioneer and in his living years had an understanding of mountains that well preceded his time. And, besides, I’m sure that Mallory truly believed those words, which may be the most important part of all.

OK, so why be a mountaineer?

Personally, I’ve always been into sports. As a kid I played them all and followed them all closely. I grew up in the Midwest, though, and didn’t have any real exposure to the mountains until my mid-20’s. But once I set foot in Mount Rainier National Park, there was no turning back. And once exposed to the world of mountaineering, I desperately wanted in.

But where to start?

Mountaineering is a diverse sport that includes many different variations. To name a few: there are vertical rock climbers, there are ice climbers, there are backpackers and long-distance hikers, and there are alpinists. Although definitions of each type of mountaineering are debatable and it’s hard to contain oneself to just one category, I will say that I fall mostly into the latter category.

Through trial and error, I discovered that alpine mountaineering and longer expedition mountaineering (and later in life, I think, backpacking) speak to my strengths. Not only that, but I truly enjoy starting low on those tall peaks and slowly working up to the summit, taking on the elements as each step of the way. And, really, what’s more rewarding than spending some time on a summit itself? The views are tremendous and there’s certain electricity in the air (sometimes literally).

OK, again, so why be a mountaineer?

It’s not just that the mountains are there. For me, at least, there’s more, a lot more.

“Going to the mountains is going home.” John Muir

The mountains are my church, the snow and ice my paved trail, the wind my personal poet. The stars and moon in the night sky are my very own public utilities that light up the mountainside for my alpine starts at 2 a.m. I don’t own the mountains, and never will, but I borrow from them and gain a lot in the process.

The wind is howling, the ice is crunching under my crampons, my palm is cold from gripping my ice axe, thin mountain air is breathing life into my veins, and the sun is rising slowly over a ridge to the east as I take one step at a time toward the ultimate goal. There’s nowhere else I’d rather be.

Why am I a mountaineer? I have no choice; I have to be.

I’ve been a journalist off an on for more than 20 years, so it’s safe to say that storytelling is something that interests me. But, like any decent journalist, hearing stories interests me even more than telling them.

So, why are you a mountaineer? Chime in with your thoughts – I’d love to hear them.

6 comments on “I am a Mountaineer. But Why?”