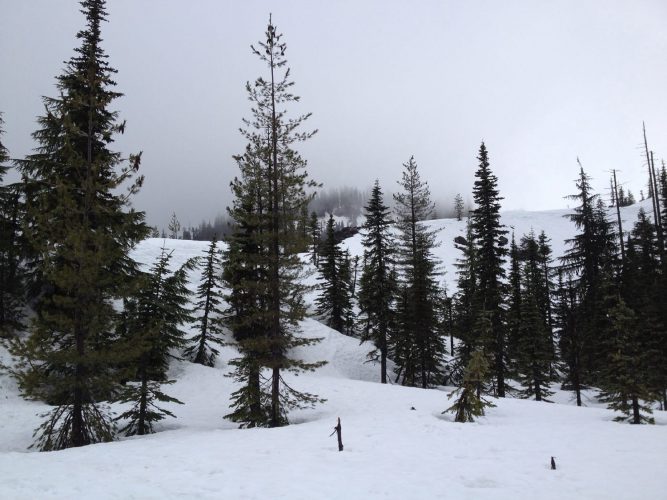 I had planned a trip out to the Pacific Northwest months in advance. April neared and I was watching the weather closely in the Seattle and Portland regions for obvious reasons. Not surprisingly, the weather was hit or miss. A few weekends had been picture perfect and I had even found a couple-three trip reports for some larger peaks in the region. Other weekends didn’t provide too much help weather-wise.

I happened to arrive in the midst of a terrible storm that was pummeling everything from Mount Baker way up north down south to Mount Hood near Portland. Such is the luck of the draw. My plan was to give Mount Hood a shot if the weather was decent and fall back to Mount St. Helens if the weather was not so great.

Mount St. Helens it was.

After arriving in the Mount St. Helens vicinity around 2 a.m., I rested for a few hours before heading out to the Lone Fir Resort to pick up my climbing permit. I had secured a permit in advance for the climb; permits are required on Mount St. Helens year-round.

I took a look at the register at the Lone Fir Resort and only one person had signed in the past five days. The lone climber attempted an ascent on the Worm Flows route, the same route I was about to attempt. I then headed to the Marble Mountain Snow-Park, the starting point for the route.

I started up the Swift Ski Trail from the Marble Mountain Snow-Park lot shortly after sunrise with a steady rain falling. As I worked my way through the forested trail, the rain continued to pick up in intensity. There was still a lot of snow on the ground and I was glad to be wearing my snowshoes.

With rain gear and snowshoes on, the conditions were of little worry at these elevations, but looking upward, visibility was a concern and the winds were picking up, as well. I reached Chocolate Falls in decent time and hoped for the weather to turn.

The terrain changed considerably after this 40-foot waterfall and I pushed on slowly with limited visibility. The rain turned to snow at these elevations but fooled me with a few brief breaks, so I pushed on.

After a few hours and about halfway up, I decided that visibility was too much of a concern and turned around. The snow (and then rain again) picked up about 20 minutes after turning around, so I felt good about the decision.

Back under the tree line

Once back at a lower elevation and back under the tree line, visibility improved greatly. Snow was rain at these elevations but I was well-prepared with appropriate rain gear. With the snow pack on the trails still good despite the rain, I decided to put in a couple of miles snowshoeing the lower trails before calling it a day.

After a few hours snowshoeing, I headed back to the trailhead and my dry and soon-to-be-warm car. A group of three were heading up just as I was heading out, looking equipped for a couple of nights in the wilderness. They were the only people I saw on the trail all day. 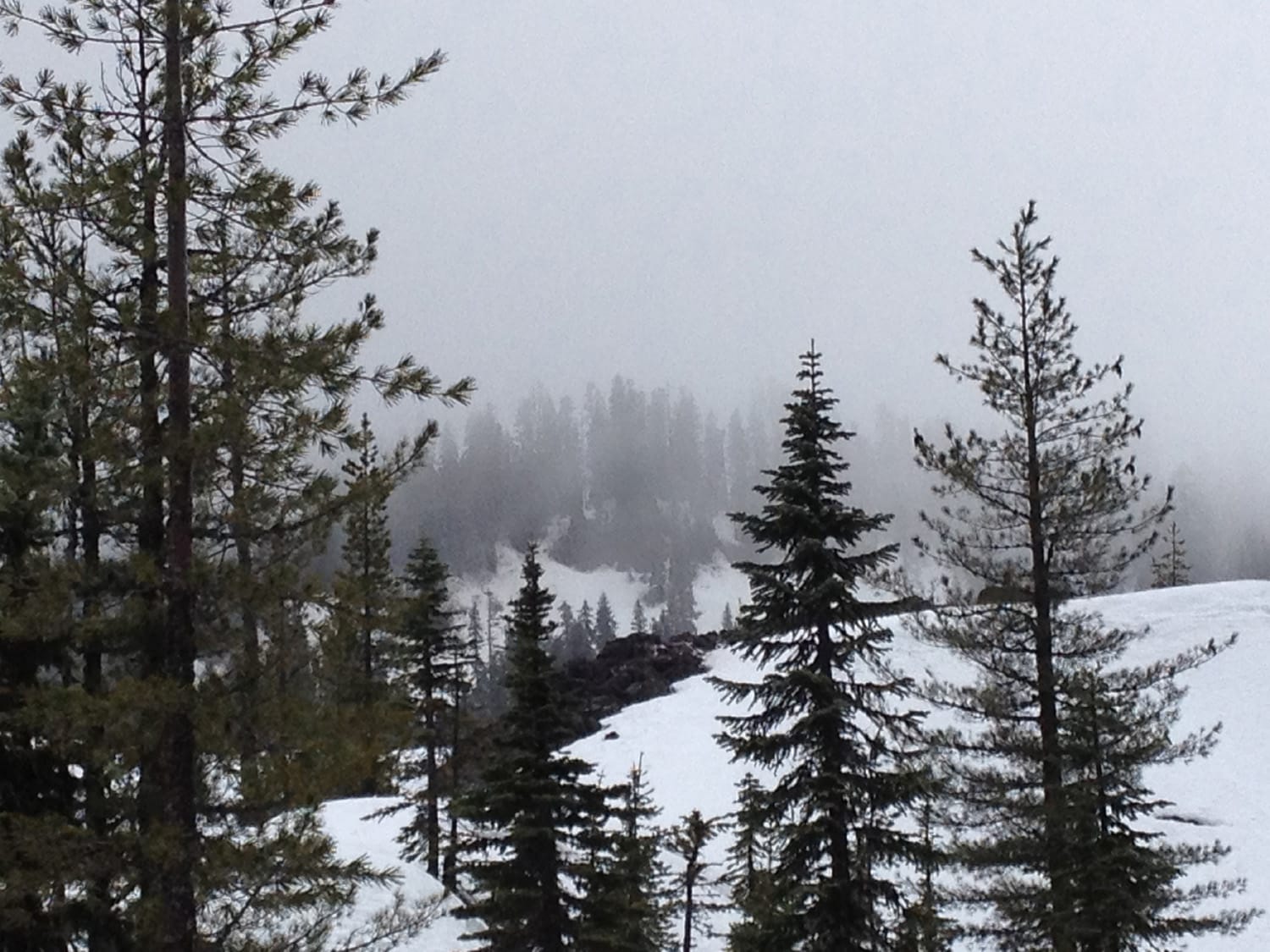 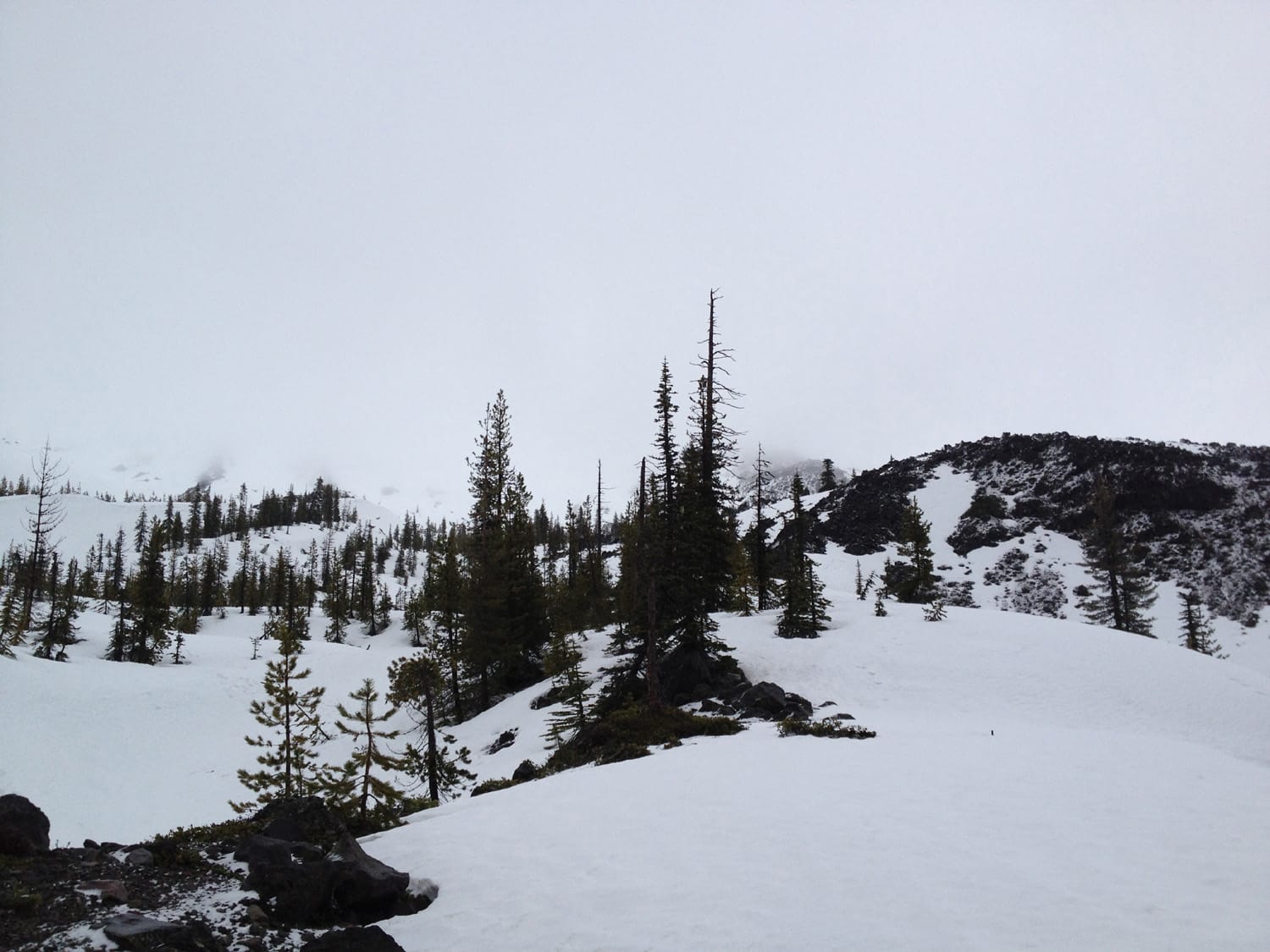 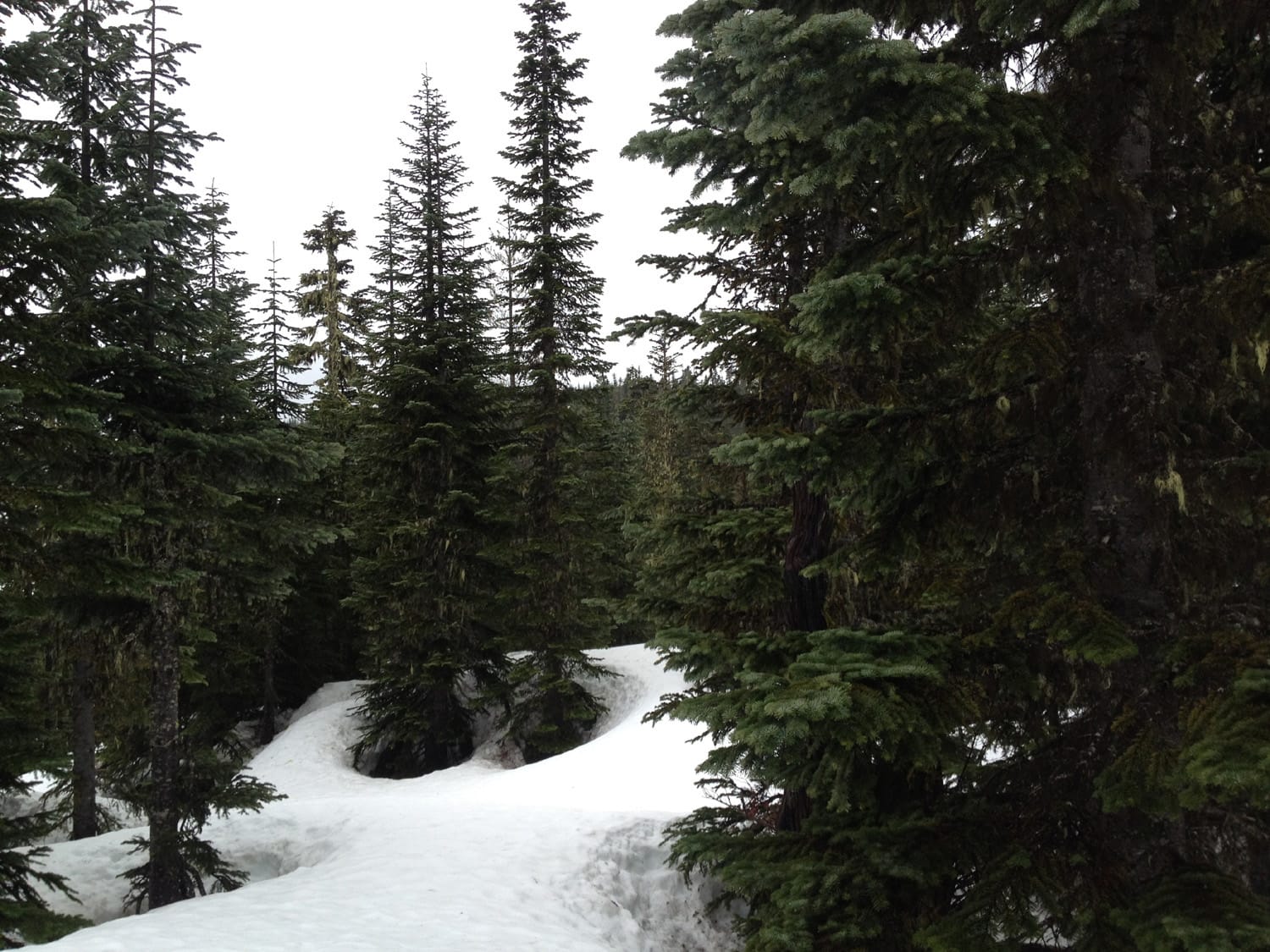