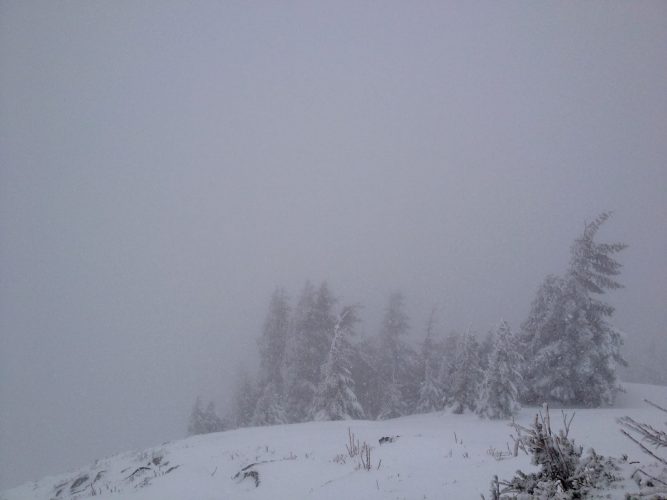 After attempting to summit Mount St. Helens (and failing) during a bad storm in April 2013, I decided to do what I needed to do in order to salvage what was my long-awaited trip back to the Pacific Northwest.

It was simple: I needed a smaller peak that would be a good challenge. But it would also be best to visit one that I was familiar with due to the high likelihood of low visibility. I narrowed it down to two choices: Mailbox Peak and Granite Mountain. A little research showed that Granite Mountain had high avalanche danger due to the current weather conditions, so Mailbox was the easy choice.

Note: The decision to avoid Granite Peak ended up being one that I was particularly happy to have made after hearing news of the avalanche that occurred exactly a week later.

I hadn’t been to Mailbox Peak in almost exactly 5 years – when I was training for a June Mount Rainier attempt – and was looking forward to getting back on its steep trails. I hit the trailhead shortly after dawn and parked next to the handful of cars already in the gravel lot.

The rain commenced immediately after stepping out of the car but ended up being fairly light in the first mile or so of the hike up the Mailbox Peak Trail. The wet and cold conditions made for slick trails but I kept reminding myself that the slick trail would most likely be a bigger factor on the way down.

Keeping a steady pace, I emerged from the forested portion of the trail after found that the exposed last portion of the climb was being hammered by a pretty good storm. Big snowflakes swirled and there was maybe a foot of fresh snow on the ground.

At this point I considered turning back but decided that the conditions weren’t bad enough to warrant a turnaround. Being familiar with the route was a huge plus. I carried on, creating my own makeshift switchbacks up the steep talus slope in the deep snow. As I ascended, the wind picked up and kicking steps became less tedious as the snow cover became thinner. Visibility was extremely poor at this point.

Reaching the summit I turned and looked back to see that I was completely alone. Others that I had crossed paths with on the trail appeared to have turned around. The wind and snow combined to make me think only one thing: get lower as soon as possible. I tagged the summit and immediately turned around and began heading for tree cover.

Once back under the trees, I took a much-needed break before heading back down. Despite the storm, my ice axe stayed strapped to my pack the entire climb. The soft snow made it unnecessary for this climb. I was lad to have my pair trekking poles on the descent, as they helped greatly with stability on the wet, root-exposed trail.

The true steepness of the trail becomes very apparent on the down climb, and I remembered this fact each and every step before returning to my car around noon. 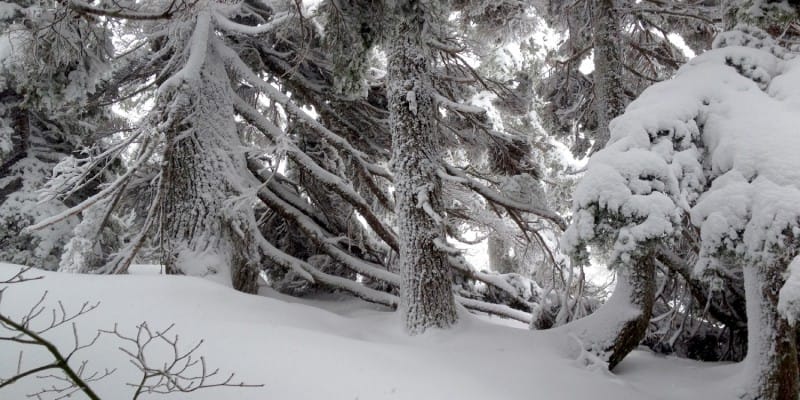 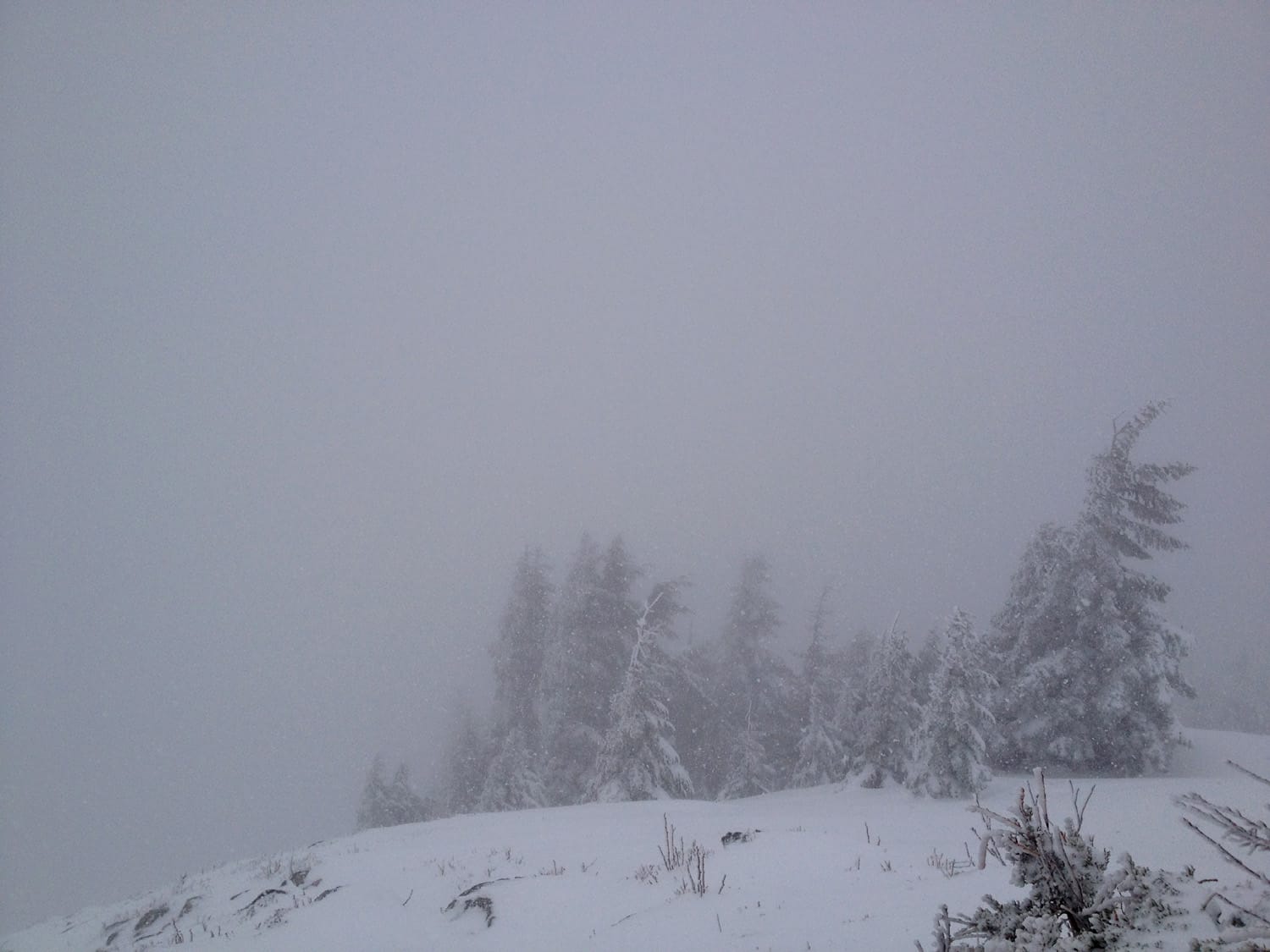 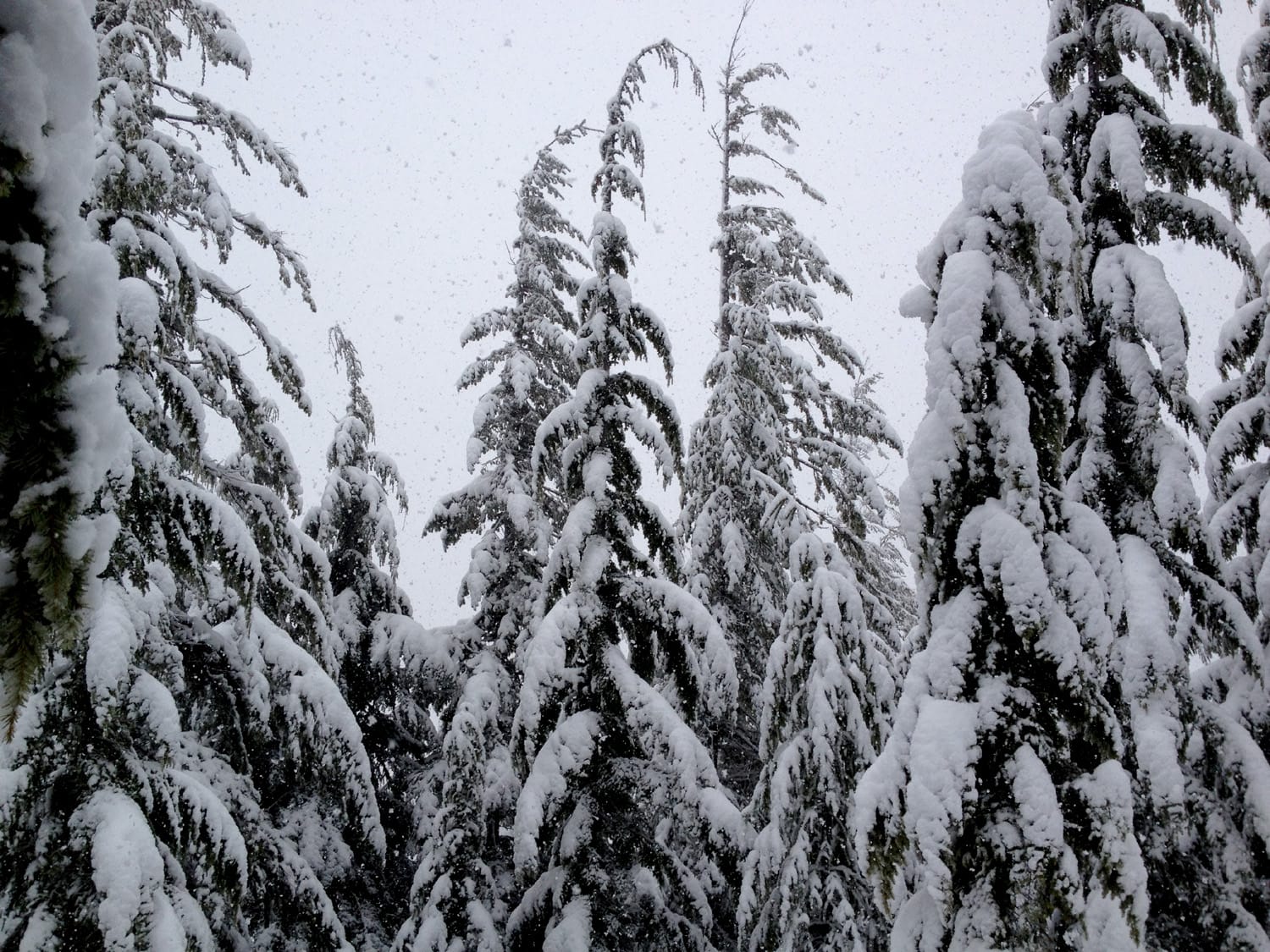 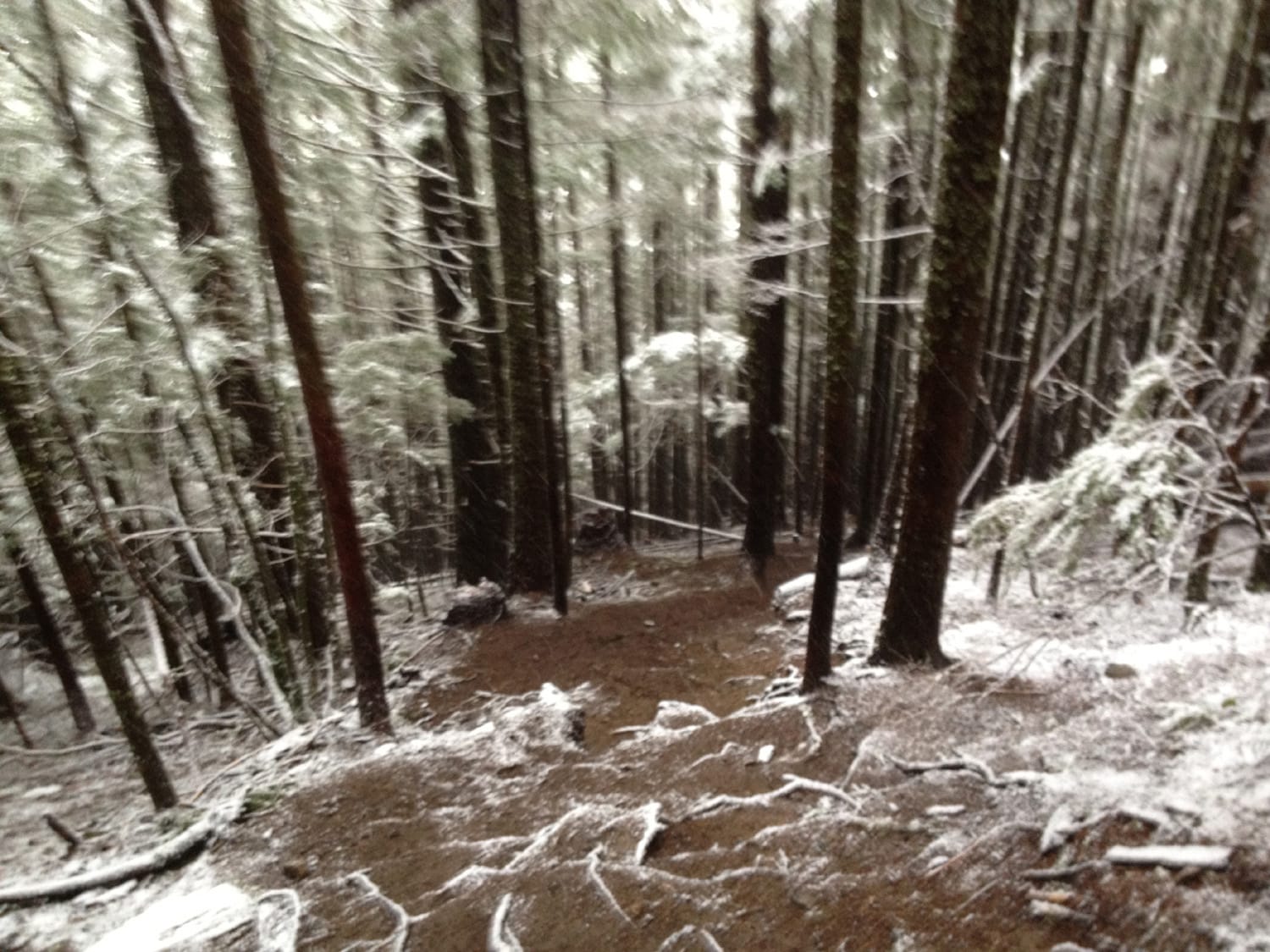