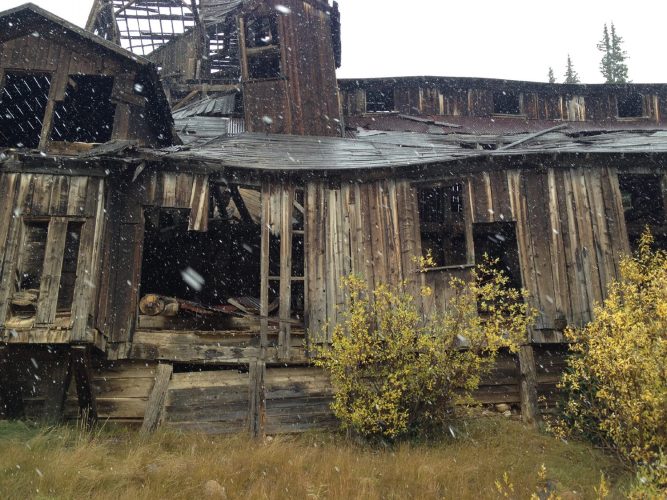 Less than a day removed from climbing Mount Elbert, I wanted to get some more hiking in on another of Colorado’s 14ers, and preferably on a 14er that is considered of the “easier” variety.

Mount Sherman (14,036 feet) fit the bill, as it is generally considered to be one of the easiest of Colorado’s 14ers to summit, weather permitting. The Southwest Ridge Route on Sherman is about 5 to 8 miles roundtrip and gains about 2,000 to 3,000 feet of elevation in the process. The variation in route distance is due to road conditions and comfort level driving on a somewhat sketchy dirt road.

Getting to Mount Sherman

Getting to (or near) the trailhead for the Southwest Ridge Route is relatively straightforward. From U.S. 285 near Fairplay, CO, turn onto County Road 18. After a short stretch, CR 18 turns into a dirt road that gradually worsens as you get closer to the trailhead. Follow CR 18 for 10 to 12 miles, parking once you hit the end of your dirt-road-driving comfort level. You’ll reach a large, old mine building at about the 10-mile mark. If you make it to a gate, that’s the end of the road and the “official” trailhead. 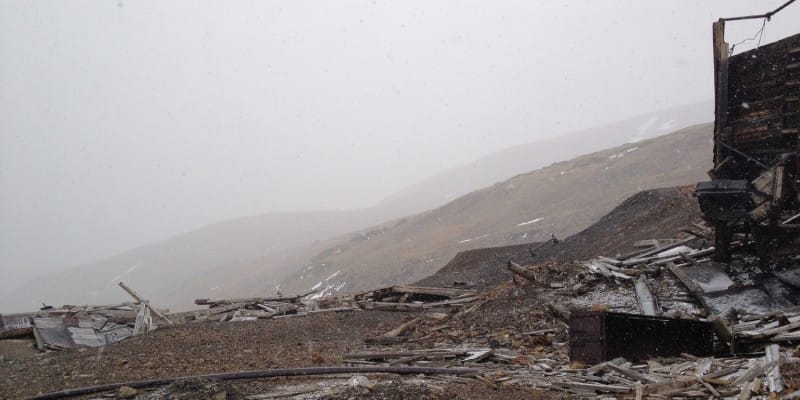 Starting near the gate

I continued on past the first large mine building at about the 10-mile mark and drove the last mile very slowly, parking maybe a half-mile from the gate as the skies grew dark in a hurry. Huge snowflakes started to fall from the sky and visibility started to become an issue once on the trail.

Following the trail the best I could, I continued on at a relatively slow place. I knew the general direction of the peak despite the fact that it was 100% obscured at this point.

Taking my time, I reached about the halfway point of the hike (upper mine area above Hilltop Mine), not completely sure if a) I knew the exact route at this point b) if I had enough left to fight through the near-zero visibility to try for the summit.

Still a little tired from Elbert the day before, it was an easy call: it was time to turn and call it a day. The summit of Mount Sherman would have to come another day. 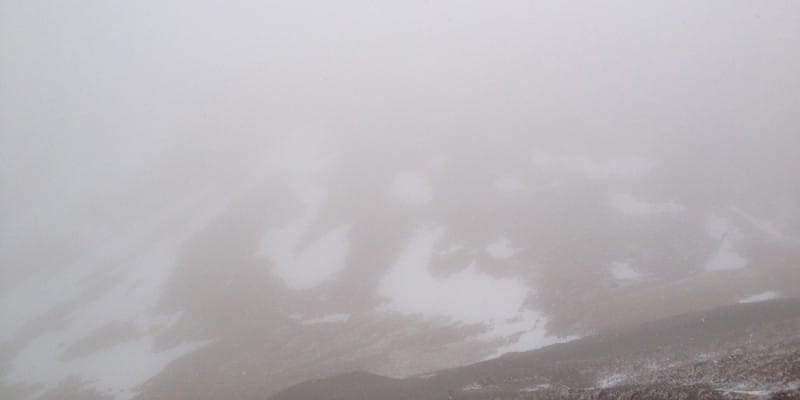 Not all was lost on this short trip, though. I spent a while meandering through the old mines, crumbling buildings, and various rusting machinery parts on the way back. Back in the late 1800’s, all of what I saw was part of a thriving mining operation that pulled silver, zinc, and lead from the area.

The trip up to Mount Sherman and my partial attempt at hiking gave me a quick glance into some Colorado history and brought me down quite a few roads that I would have never ventured down otherwise. Sometimes it’s more about the journey than the ultimate destination. 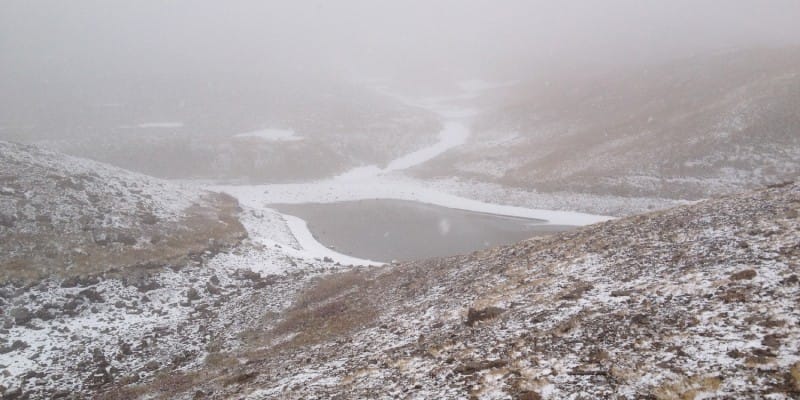 This standard route up Mt. Sherman is typically a little over 5 miles round trip with about 2,000 ft of elevation gain, but I called it a day about halfway. 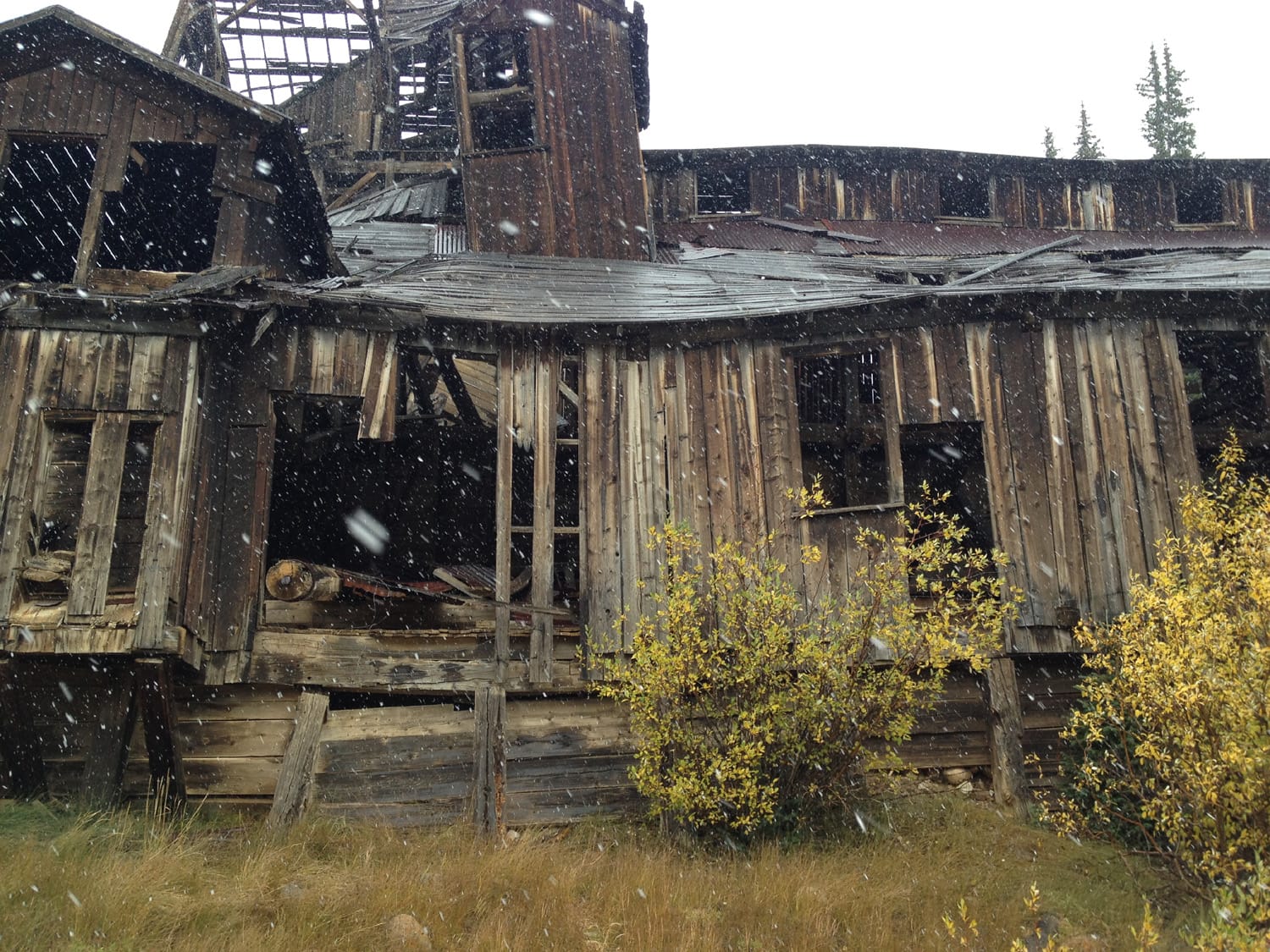 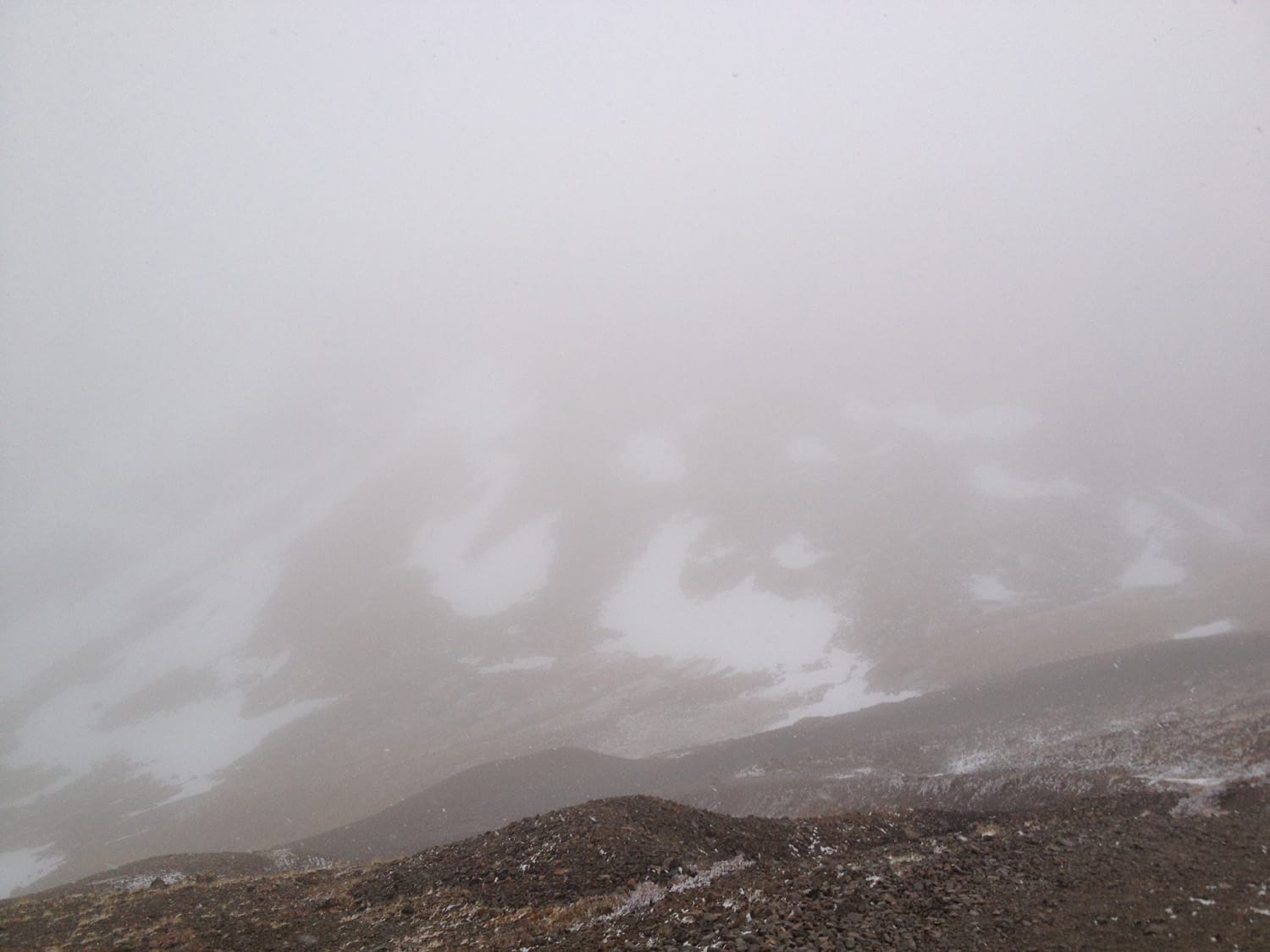 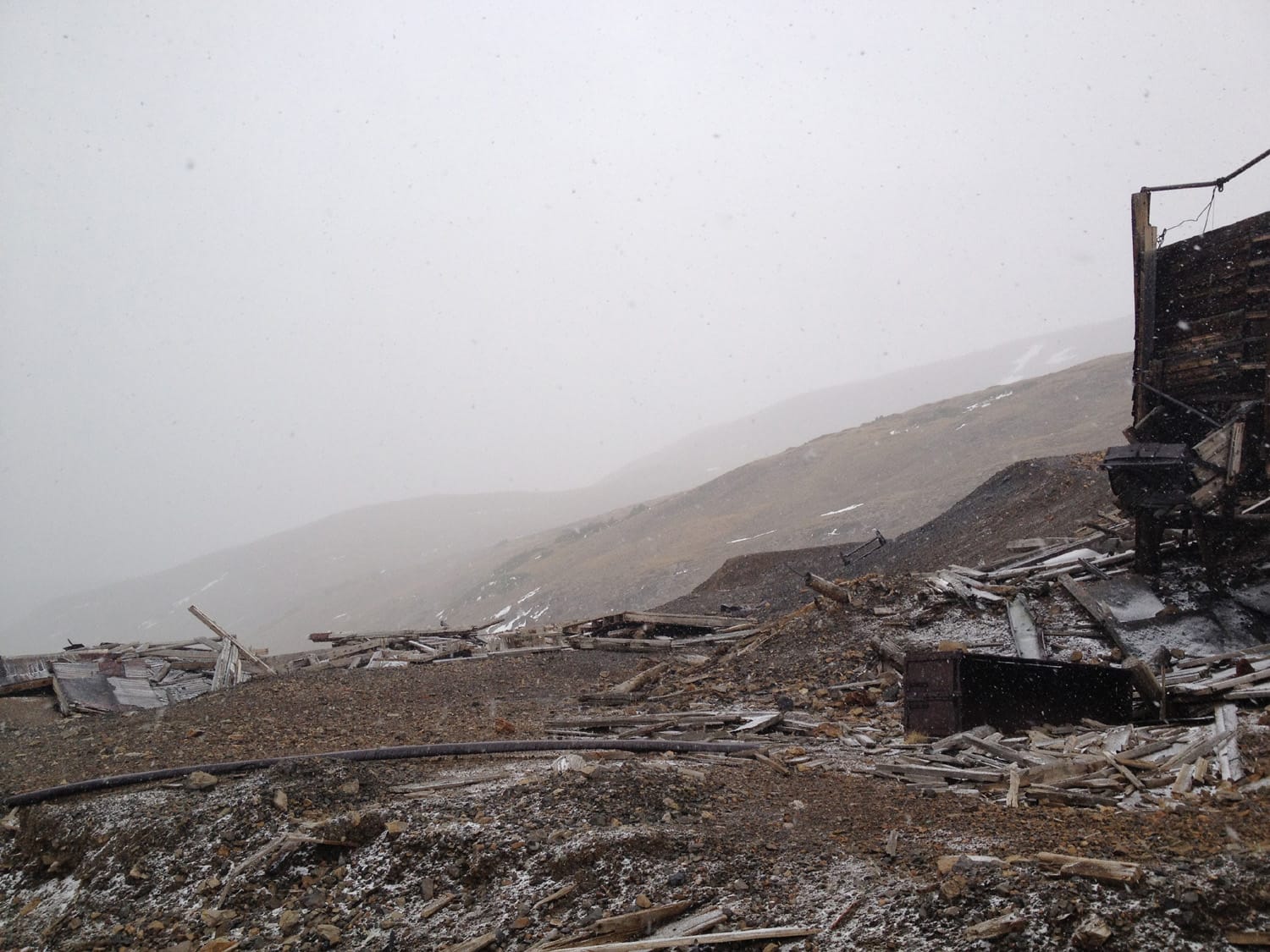 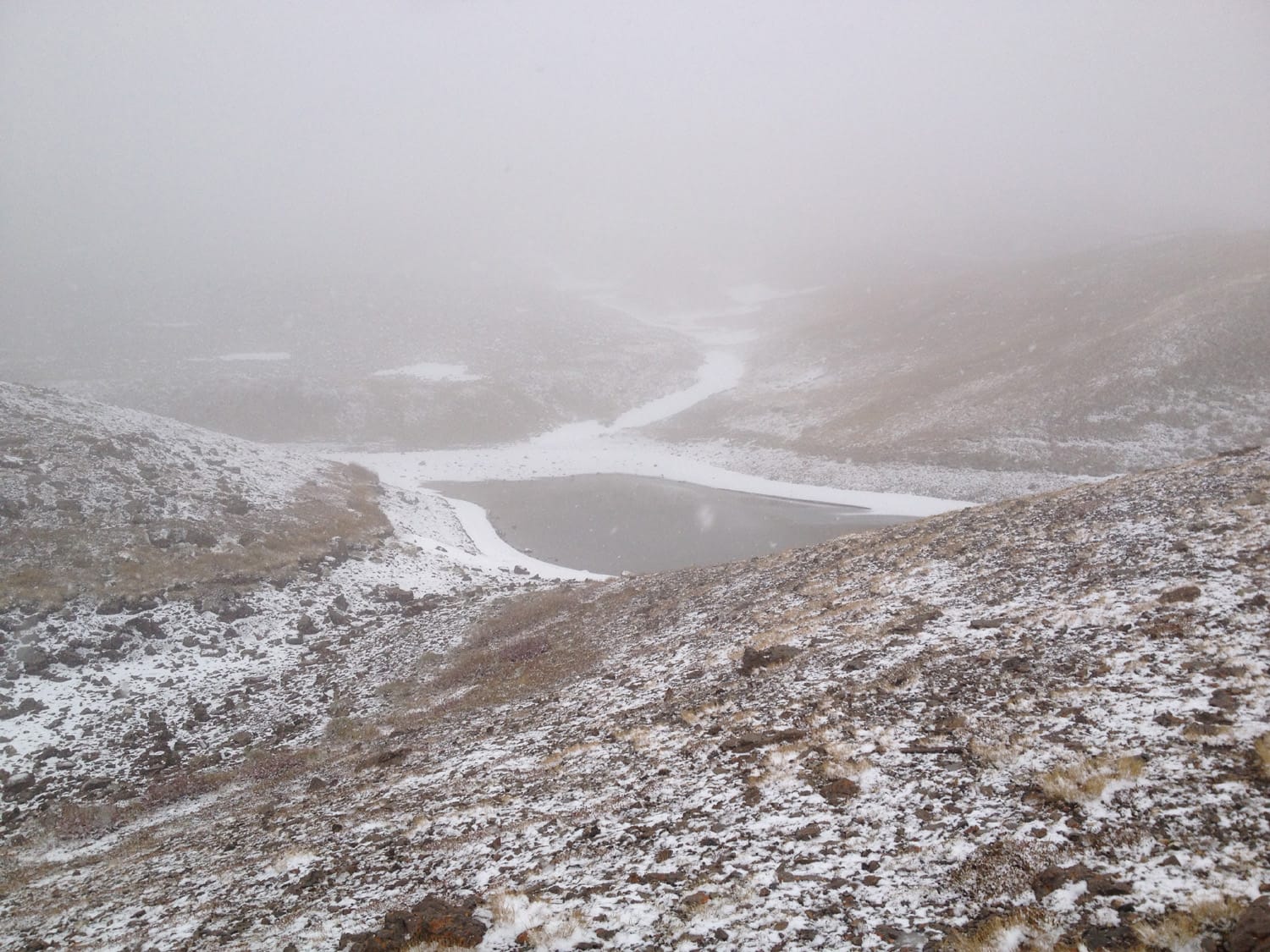